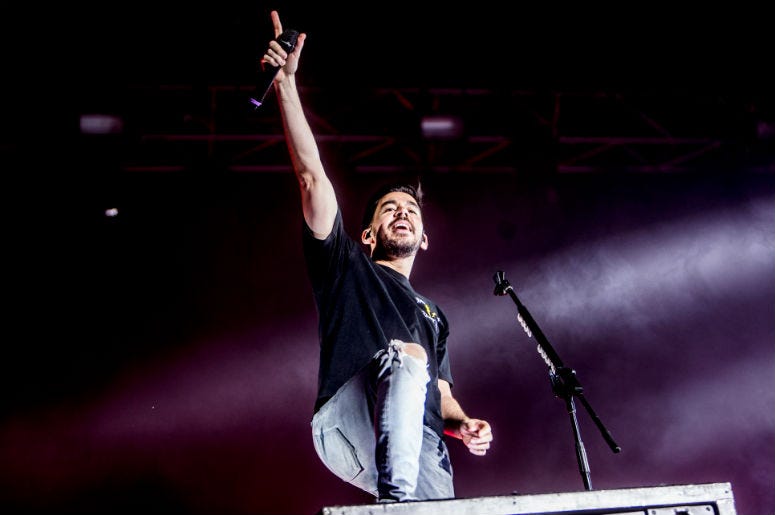 On June 15, Linkin Park’s Mike Shinoda will release his first solo album, Post Traumatic, and he recently sat down with Entertainment Tonight Canada to discuss the LP’s conception.

According to the interview, the album resulted from Shinoda’s ongoing grieving process following the loss of his friend, bandmate, and collaborator Chester Bennington to suicide last July. While he and the band considered working with organizations that help those with mental health and/or substance abuse issues, Shinoda realized that “music made things easier,” and it allowed him to more effectively convey his message—which is all about healing and looking for a “new normal.”

And initially, that “new normal” seemed to involve an element of fear—fear of facing grieving fans and performing his new music live. But eventually, Shinoda tells ET Canada, connecting with fans has actually turned out to be a “cathartic experience.” And when it comes to performing Post Traumatic tunes live? He plans to try his hand at “facing it head on,” removing songs from the setlist if he finds them too difficult to play.

Hear more from the ET Canada interview and listen to the brand-new Post Traumatic song "About You" (ft. blackbear) below.

Chester Bennington was lost to suicide on July 20, 2017. If you or anyone you know is struggling with depression and/or thoughts of suicide, know that someone is always there. Additionally, the National Suicide Prevention Lifeline is available 24 hours a day, 7 days a week at 1-800-273-8255.