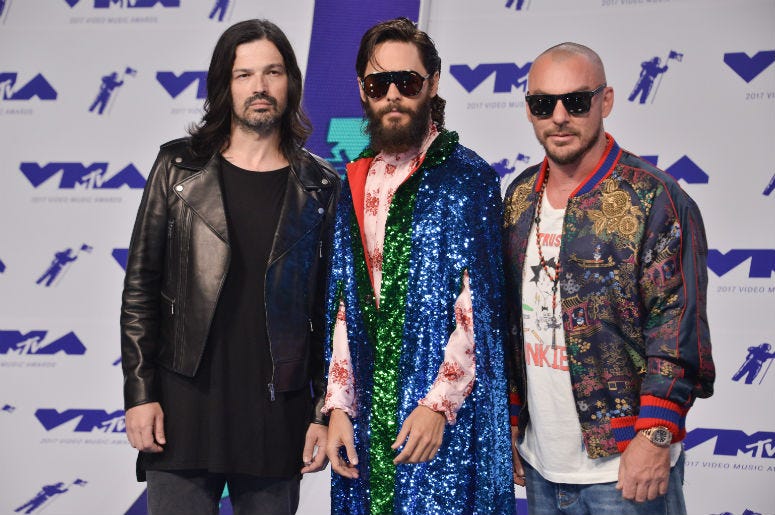 Thirty Seconds to Mars guitarist Tomo Miličević has announced his departure from the band.

Fans began to speculate after noticing his absence from several shows along the band’s European tour.

The guitarist shared a statement on his decision to leave the band, insisting this is the best thing for both him and the group. Miličević urges fans not to be upset or divide over the news.

Not only does he praise former bandmates Jared and Shannon Leto but he also thanks fans, sharing some encouraging words and advising them to “Believe in yourself. Follow your dreams no matter what.”

Plus, there’s this: “You never know—maybe you’ll see me sitting next to you on the lawn somewhere sometime just singing along.” Here’s hoping!

Thirty Seconds to Mars are touring their way through North America this summer in support of their latest release, America, which is available now.