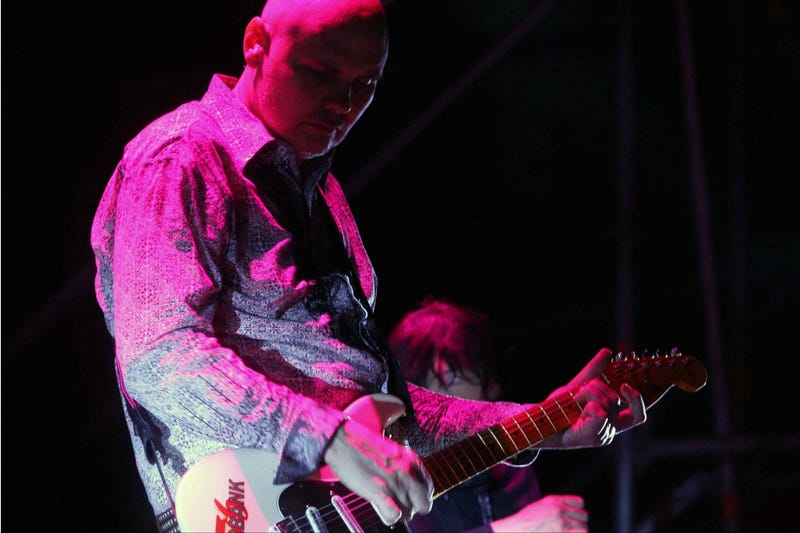 After months of fan speculation, the Smashing Pumpkins announced that they were not only working on a new album but they'd also reunite their classic lineup (Billy Corgan, James Iha, and Jimmy Chamberlin) for the Shiny and Oh So Bright Tour. If you noticed a missing name in that lineup, that's because bassist D'Arcy Wretzky will be replaced by Jack Bates on tour.

During his visit on It’s Electric with Metallica drummer Lars Ulrich, Corgan opened up about Wretzky’s absence from the tour, explaining that throughout initial conversations, she seemed all for reuniting; however, as Rolling Stone reports, plans fell through “When it became obvious that it wasn't the way she wanted it to be,” says Corgan.

As for the Pumpkins’ new album? The classic lineup (sans Wretzky) finished tracking 8 new songs with producer Rick Rubin—impressive, considering this is the first time they’ve worked together in nearly two decades. But it’s not all that surprising.

The Pumpkins work hard, and Corgan attributes this to their Chicago roots. He recognizes a solid work ethic in others, too, praising the late Nirvana frontman Kurt Cobain for his talent and dedication.

Hear him discuss all of this in the below clips from the show:

Want more Pumpkins? The Shiny and Oh So Bright Tour kicks off this summer, and you can see the list of stops here.