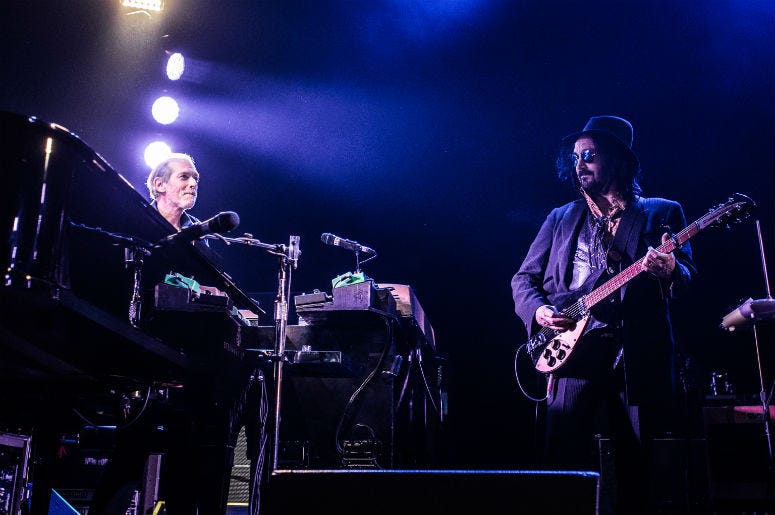 Not only did Mike Campbell (who will join Fleetwood Mac along with Neil Finn, taking Lindsey Buckingham’s spot on their upcoming tour), Steve Ferrone, and Benmont Tench reunite but they brought out several other music giants.

Specifically, they performed their 1989 hit “I Won’t Back Down” with Stephen Stills. Additionally, Beck took the stage to perform his songs “Guess I’m Doing Fine” and “Where It’s At” alongside The Heartbreakers, while Patti Smith joined the band to play her song “Because The Night.”

Watch it all go down in the fan-shot footage below!

The reunion was held during the Light Up The Blues show to benefit Autism Speaks. According to Stereogum, other performers included Burt Bacharach, Judy Collins, Sheryl Crow, and Neil Young.