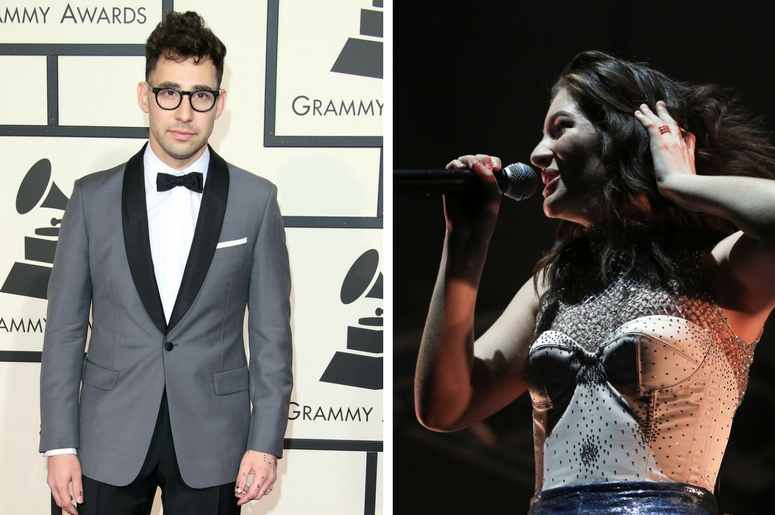 Jack Antonoff may have been nominated for two GRAMMYs this year, but perhaps his biggest, most undervalued accomplishment occurred when he introduced Lorde to Fruity Pebbles …

… and he talked all about that when he stopped by Late Night with Seth Meyers last night (1/23). Watch the hilarious interview below!

Antonoff also talked about the talent show he’s throwing (with Lorde and The National in attendance) for The Ally Coalition, an organization he and his sister started to raise money for homeless LGBTQ shelters.

As for the GRAMMYs, Antonoff received a nomination for both Album of the Year (Lorde - Melodrama) and Best Song Written for Visual Media (ZAYN, Taylor Swift - “I Don’t Wanna Live Forever”). Find out what he had to say about working with these artists in our exclusive interview below!

Watch the GRAMMYs when they air live at 7:30 PM ET on CBS Sunday, January 28.