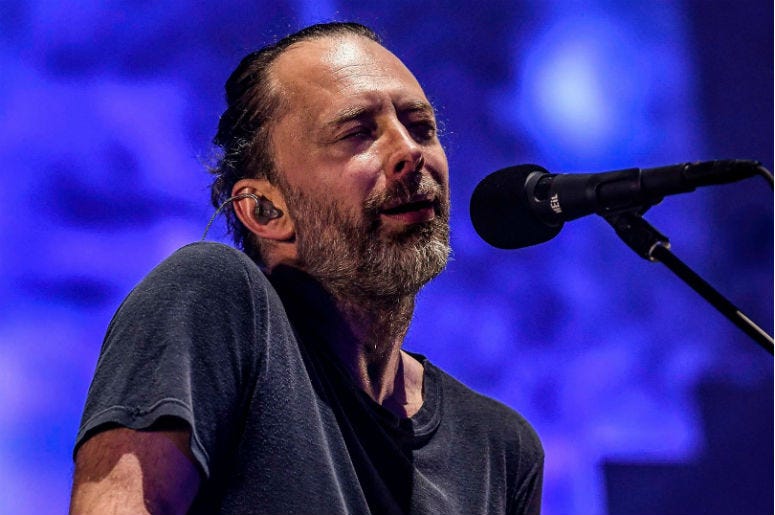 According to NME, a crowd barrier broke during Radiohead’s set at the Argentinian Tecnópolis festival this weekend. (One YouTuber described the incident as comparable to the scene in Selena when the stage starts to collapse.) The band’s performance of “The Gloaming” was interrupted in the chaos, but alas, the show must go on … if you’re Thom Yorke.

Watch below as the frontman continues on with the Hail To The Thief song sans band. Yep, Yorke went full-on a capella.

Radiohead will headline several US tour dates this summer, and you can see the full list of stops here.