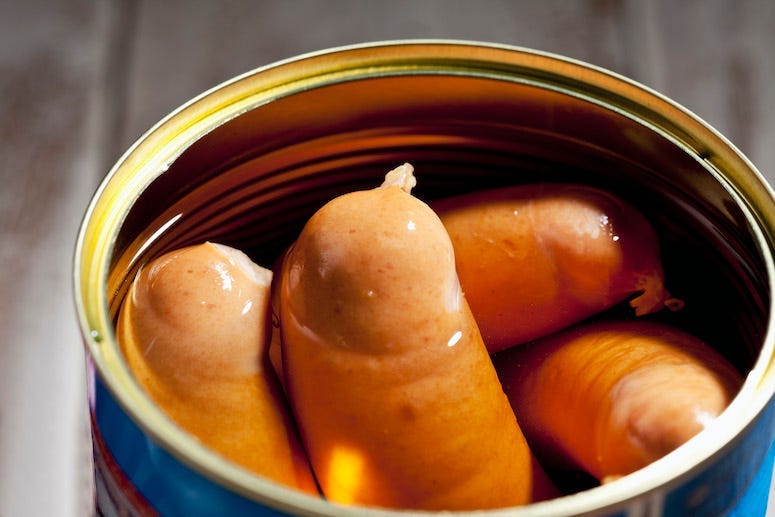 Photo credit (Photo by Getty Images)
By Miles In The Morning, 98.7 KLUV
Updated on

A crime that landed the man in the pound.

A Smithfield, Kentucky man was recently arrested for stealing a police dog from an officer's yard.

Police responded after someone reported 26-year-old Brandon Harmon trespassing on their property. Harmon then said he would lead the deputy to the site of a potential stolen weed whacker, per WDRB.

When that lead turned out to be fruitless, Harmon changed the subject and asked the officer if he knew anything about a K9 unit that had recently gone missing.

When confronted, Harmon admitted that he may have had something to do with the dog's disappearance.

Eventually, he admitted that he coaxed the dog out of the officer's yard using Vienna sausages.

was arrested, and is being charged with theft by unlawful taking and second-degree criminal trespassing.

news
Man Arrested After Stealing Logging Skidder and Accidentally Crushing His Own Vehicle
news
Your Smartphone Can Determine When You're Drunk by the Way You Walk: Study
music
'Parks and Rec' Ranked Most Overrated Show in Country in State-by-State Survey
music
Boat From 'Jaws' Being Rebuilt in Order to Study Sharks
news
Carjacker Sits On Driver's Lap, Leads Police On Chase
news
11-Month-Old Thinks Her Name Is 'Alexa' After Hearing Parents Use Amazon Echo Device