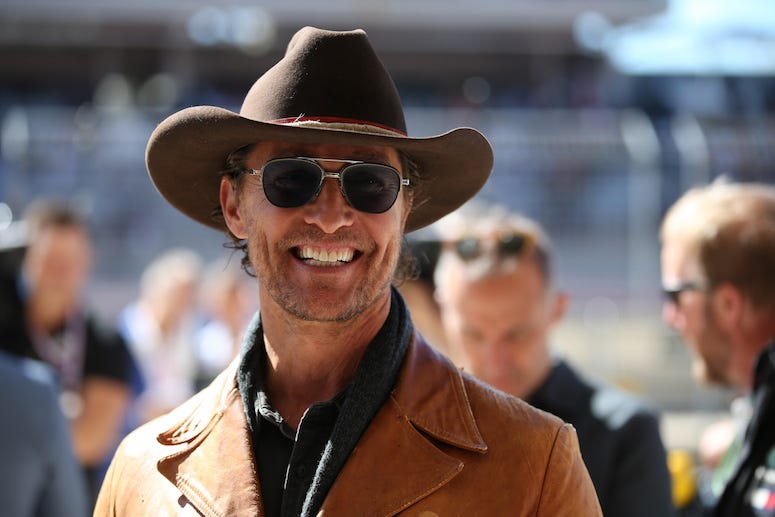 Matthew McConaughey provided some much needed relief for a senior living facility in Round Rock, Texas.

The 50-year-old hosted a game of virtual bingo for the residents at The Enclave at Round Rock Senior Living in Round Rock, following a request made by the residents last September.  The facility wrote on their Facebook page, "During a time when we are all working to make lemonade out of lemons, we are so humbled that Matthew took the time to play our favorite game with us. As Matthew would say, let's turn this red light into a green light!'"

Facility sales director Molly Davis Nedley said the interaction between staff and residents has been greatly effected due to the Coronavirus pandemic, so they have "been doing everything possible to uplift them virtually."  One of those "everythings," included this video requesting McConaughey to host their "Celebrity Bingo" night.

And luckily for everyone, albeit under different circumstances, that request was fulfilled!

music
Ten Movies You Need to Watch in Order to Be More Successful
news
Mother Makes $30,000 a Year Dumpster Diving
news
Survey Reveals Ten States That Love Barbecue the Most, but Texas Isn't on the List
news
Study Finds Someone Smiling at You Makes You Just as Happy as Receiving $25,000
news
Woman Arrested for Wearing Thong Bikini at the Beach
news
Vodka Pops and How to Sleep at Work: Each State's Most Interesting Quarantine Google Search