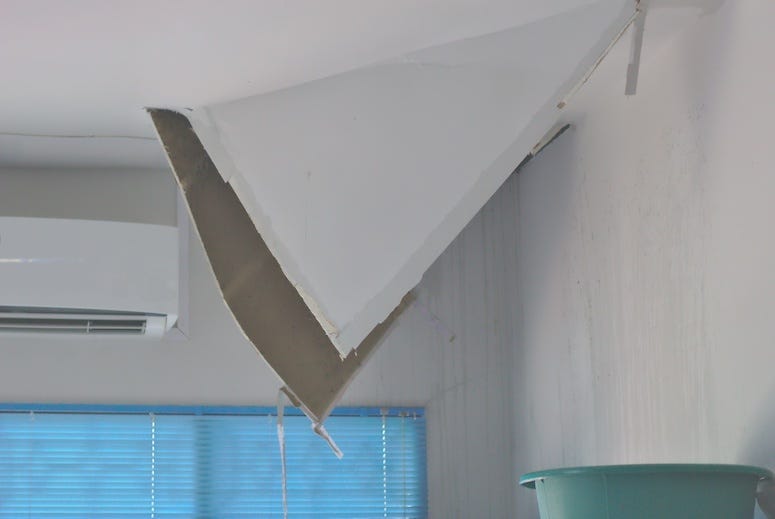 Liz San Millan, a freshman student at the New York Conservatory for Dramatic Arts, was recording herself as she practiced a song for an upcoming audition.

In the middle of her performance, however, she was interrupted by her mother, who accidentally came crashing through the ceiling!

Apparently, she tripped and lost her footing while looking for luggage in the attic.

Woman falls from the roof while her daughter sang a song on TikTok, United States

Liz San Millan explained that she recently moved to New York to go to musical theater school, her mother was in the attic looking for luggage to help her, when she tripped and fell. pic.twitter.com/7r7KJtFY4G

Liz told "Good Morning America" that "there was a loud noise … I turn around and all of a sudden, my mom’s leg is through the ceiling. My dad said, ‘Did you just fall through the ceiling?’ and my mom said, ‘You’re not going to ask if I’m OK?’ She was a little sassy about it, actually."

Luckily, everyone is ok following the accident.

Liz said, "She was shocked at first, which is why she didn’t make any noise or move around, but she is completely fine! Not even a scratch. We laughed for like 30 minutes straight,” she told ”GMA.”

“She was not against posting it, and thought it was hilarious," she added.

music
Ten Movies You Need to Watch in Order to Be More Successful
news
Man Arrested After Stealing Logging Skidder and Accidentally Crushing His Own Vehicle
news
Your Smartphone Can Determine When You're Drunk by the Way You Walk: Study
music
'Parks and Rec' Ranked Most Overrated Show in Country in State-by-State Survey
music
Boat From 'Jaws' Being Rebuilt in Order to Study Sharks
news
Carjacker Sits On Driver's Lap, Leads Police On Chase