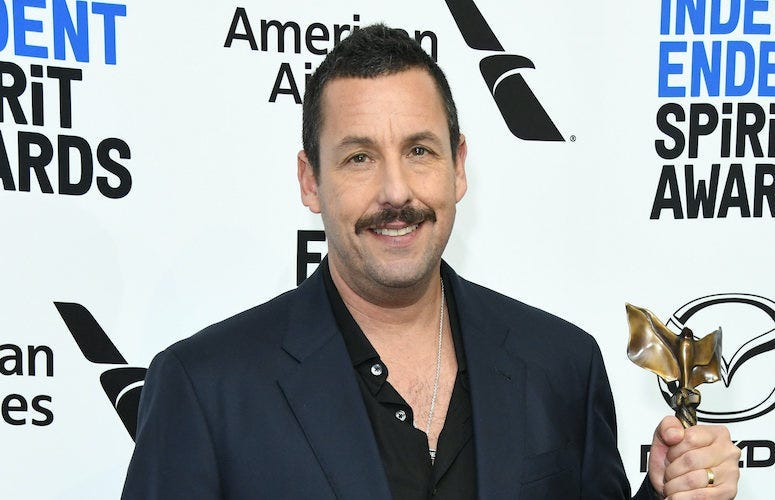 Photo credit (Photo by Birdie Thompson/AdMedia/Sipa USA)
By Miles In The Morning, 98.7 KLUV

Adam Sandler's Halloween movie "Hubie Halloween" is currently available to stream on Netflix and while it's getting decent reviews from fans, it's also caused its fair share of controversy.

News anchor Alaina Pinto of WHDH Channel 7 News in Boston had a small cameo in the film as a news anchor dressed as "Batman's" Harley Quinn.

Unfortunately, the appearance cost Pinto her job with the network.

Pinto took to Twitter to explain that she "violated her contract" by appearing in the movie. As a result, she was let go from Channel 7 News.

Hi Friends! I have some news to share…
Earlier this week I was let go from 7 News. I am posting this because I want to be open and honest with all of you. Last year, I participated in a cameo in the recently released Netflix movie by Adam Sandler, "Hubie Halloween". (1/3)

Thanks to all my wonderful 7 News viewers and my supportive and great colleagues at the station. Reporting the news to you every morning was an honor and a privilege. I promise to stay in touch and keep you updated on the next chapter - the future is bright! (3/3)

"Hubie Halloween" has been the most-watched film on Netflix since its debut on October 7.