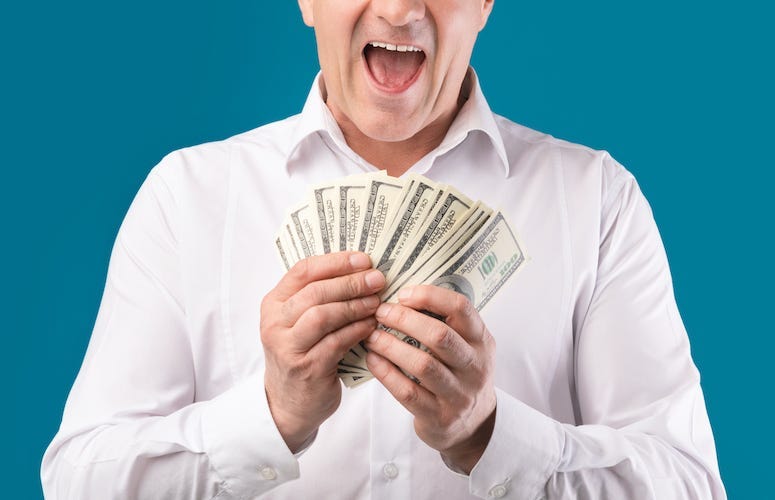 A study out of Technische University in Munich wanted to measure what exactly makes us happy.

The researchers used electromagnetic brain scans and heart-rate monitors to generate "mood-boosting values" in volunteers who were exposed to various stimuli.

The study found that one specific stimuli gave participants an equivalent number of mood-boosting values as eating 2,000 chocolate bars and receiving up to $25,000 did.

"What was this magic stimulus?" @Inchttps://t.co/tiqgJdYlVY

Apparently, your brain's "happiness circuitry" is activated, which prompts your brain to produce "feel-good hormones."

Smiling also has other benefits too!

A 2010 study from Wayne State University looked at professional baseball cards spanning back to 1952.  Players who smiled on their cards lived on average up to seven years more than their stone-faced counterparts!  Also, a 30-year longitudinal study from UC Berkeley analyzed yearbook photos, and found that smiles were accurate predictors of "how high their standardized tests of well-being and general happiness would be, how inspiring others would find them, even how fulfilling their marriages would end up."  Students with the widest smiles were found to be in the top of the rankings for each!