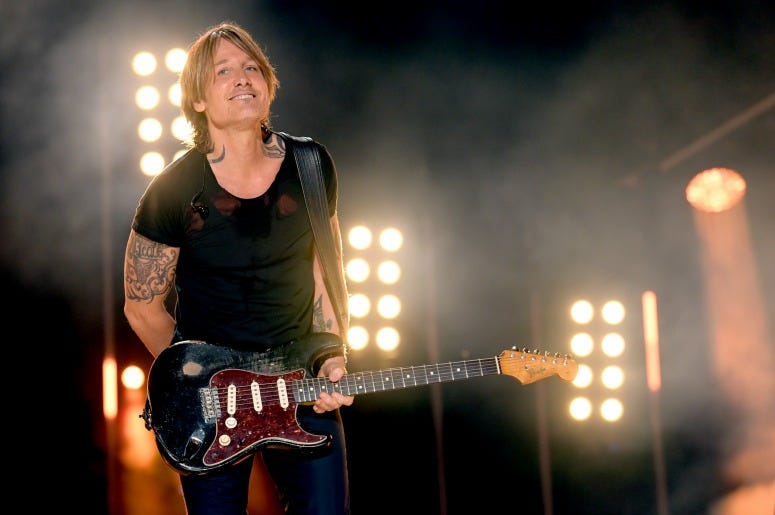 On Wednesday November 6, Keith Urban will be a part of RADIO.COM's first Stars & Strings event of the year in Detroit. The stripped down acoustic concert pays tribute to our nation’s military heroes and their families, and features a few of Country's biggest stars. Maren Morris, Lady Antebellum, Kelsea Ballerini and more will be a part of this special event later this week, but first we got a few answers from our friend Keith Urban.

Urban called into the Mo & Styckman show on US 101 in Chattanooga on Wednesday to talk about his CMA nominations and his latest single, and to answer some of Google's biggest questions.

Urban discussed his excellent new single, "We Were," and shared that he didn't even know it was co-written by Eric Church until he was about to release it. "I called him up and said i just recorded the song. Maybe down the track I'll get you to come in and maybe do a version with me. He said he would, and sure enough, a man of his word, late in the summer he came in the studio and did this version with me."

On the show, Mo & StyckMan have a game called Is, Was, Did, where they Google "Is Keith Urban..." and "Was Keith Urban..." and pick out some of the better things that folks have googled about the artist. It's how they found out his experience with "Old Town Road," if he's always been a Country singer, and if he has any new tattoos. You can hear all his answers below.

You can find tickets and information for Stars & Strings in Detroit here.