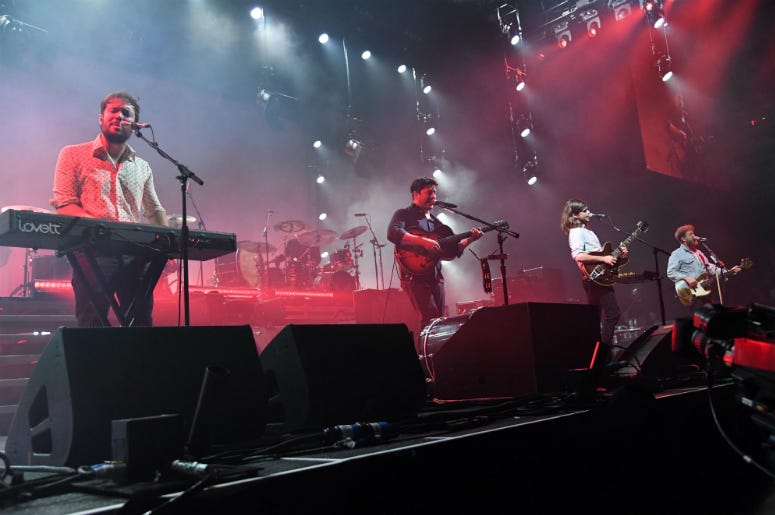 Mumford & Sons have officially released their new single "Guiding Light" today, (September 20th) along with the announcement of the band's fourth studio album, Delta, which is due out on November 16th.

Check out the official video, which just hit YouTube this afternoon, below:

We're delighted to share our new single Guiding Light & to announce that Delta, our new album, will be released Nov 16th.

Delta tour dates will be announced on Oct 4th. For EU, AU & NZ dates, pre-order the album for ticket pre-sale access now on our website https://t.co/MIx2jhOwfb . For the US & CAN, stay tuned for updates. And for everybody else around the world, we'll see you soon! pic.twitter.com/QorYO3Qowh

Be sure to catch the band live on The Tonight Show Starring Jimmy Fallon on Monday, September 24th -- we bet they'll be playing this one along with an old favorite. Wonder what that one will be?