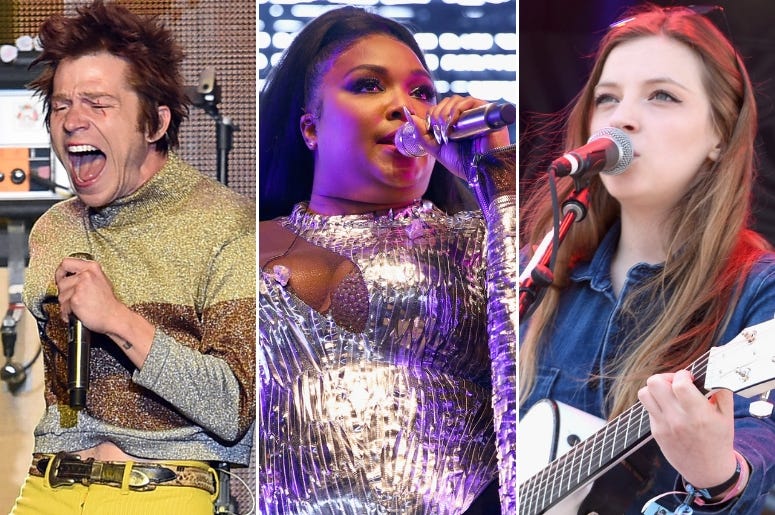 This week an Alt powerhouse returns for the first time since their GRAMMY win, the grind pays off for an amazingly talented artist, and an English songwriter becomes an Americana star. These are the highlights from this week's New Music Friday.

Cage the Elephant raised the bar by winning a GRAMMY for their last studio album, and now they’ve eclipsed it with their new follow-up Social Cues. Matt Schultz and company have taken their songwriting to another level - the lyrical component the result of some trying times for the frontman. He lost a marriage and two friends since we last heard from him, and he gets it all off his chest starting with the lead track “Broken Boy.” “Tell me why I’m forced to live in this skin. I'm an alien.” But it’s not just lyrically where Cage advances. The songs benefit from more complex arrangements and denser production, like on “Ready to Let Go,” where Schultz addresses his failed marriage. “We both knew this day was coming. As we slow dance, I became your statue frozen. Times I wonder, are we just a puff of smoke? Yeah.” One thing that is not a puff of smoke is Cage’s career. They’re in the prime of it right now. - Bob Diehl

Lizzo - Cuz I Love You

After years of being an underground treasure and a midday festival surprise, Lizzo has finally arrived with the fanfare appropriate for her special set of skills. Cuz I Love You is an album three years in the making for a talent that's spent even longer bubbling under the surface. In the time that's past, the "Juice" singer has worn in the road for her own lane, a perfect cocktail of empowerment and body positivity, delivered dynamically with razor sharp wit and a colossal voice. 70's soul with a new school swagger, Cuz I Love You demands attention. Lizzo packs her third album with pure energy, straight bangers, and quotable anthems. It's confidence fuel and the album her talent always deserved. - Michael Cerio

There's a quiet intimacy and a fire that coexist with Jade Bird. The singer-songwriter finds space for both on her self-titled debut album. "I mean it when I say that I'm not sure who I am" she howls on "Ruins", the opening song on the LP, right before her voice retreats to a vulnerable and quiet place. "One minute I love you, and the next it's all in ruins." The 21-year-old English artist has found the heart of folk and Americana, offering up jangly tales of being lovelorn with enough force to find it freeing. Dripping with passion, Bird arms her big voice with some killer lines and unrelenting power, managing to be universal and deeply personal like the influences she wears on her sleeve. - Michael Cerio

Also out this week is new music from Sad Planets, The O'Jays, JOHNNYSWIM, and The Tallest Man On Earth.