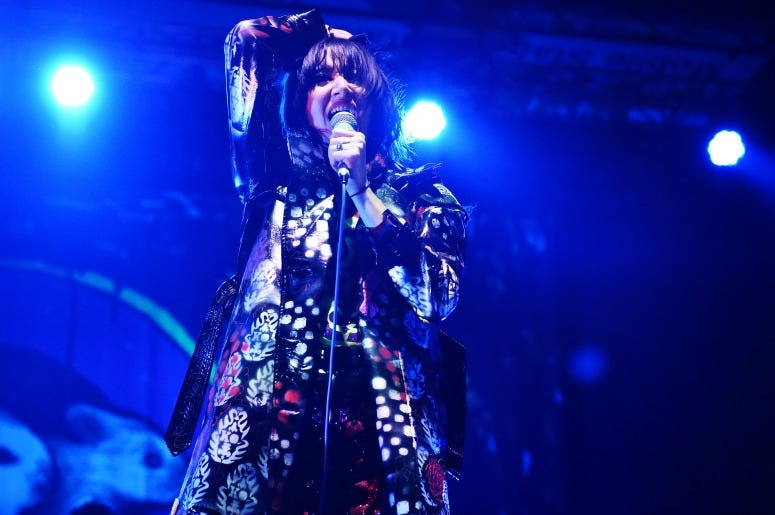 This week we get a few high powered collaborations, an album filled with boundary-pushing electronic rock, and a new batch of funked up jams. These are the highlights from this week's New Music Friday.

Karen O and Danger Mouse exude a hauntingly mysterious energy on their brand new release, Lux Prima. Opening with the sparse but complex and continually shifting title track, the experimental album immediately makes a statement. The Yeah Yeah Yeahs frontwoman and the well-established hit producer make the perfect team, venturing through everything from disco to rock as the album spans from hit-ready tracks to sci-fi adventures. “When you create from a blurry place you can go places further than you’ve ever been,” Karen explained of her first album in five years. From booming drums to silvery synth, the refreshing LP dances the line between nostalgia and creating something you’ve truly never heard before. ​- Tiana Timmerberg

Chicago rapper Chief Keef is a veteran of the rap game at just 23-years-old, but linking up with GRAMMY Award winning producer Zaytoven has unlocked some of the young MC's best bars. As he has done with Future, Usher, and beyond, Zaytoven once again has collaborated on a full album worth of material with an artist, mixing the flow of Keef over his dark and sparkling, piano-driven trap beats. With only one feature from Lil Pump, all the air here is reserved for the duo. His loose and laid back style speeds up as the album progresses, assembling a diverse effort. Keef is smooth with a soft touch on "Petty", but still flexes hard on tracks like "Sneeze." The consistency and excellence of an accomplished producer allows him to explore, and ultimately deliver a strong set on GloToven. - Michael Cerio

The electronic and industrial element of The Faint’s music comes to the forefront on Egowork, the band’s first new album in five years. The first beat of opening track “Child Asleep” welcomes listeners into a dangerous 80s dance club, channeling the new wave, synth pop of Depeche Mode or New Order, but when those pioneering artists were putting down the guitars. The Faint get a little more in your face than those bands though on songs like the title track, when singer Todd Fink takes aim at the ignorantly blissful. “Climb inside the mirror, backward the words. Darkness is a perspective and we’ve got our heads in the dirt.” The Faint have our attention.  - Bob Diehl

The jam collective known as Snarky Puppy have been going strong for over a decade, refusing to be classified or pinned to a sound. The only constant has been amazing musicianship, and it continues to yield GRAMMY Awards and accolades. On Immigrance, they narrow their focus to a more straight ahead groove, more about the driving vibe than the flexing flourishes. "The idea here is that everything is fluid, that everything is always moving and that we’re all in a constant state of immigration" bandleader Michael League says in a release. "Obviously the album’s title is not without political undertones." Titles aside, the album is streamlined and strong, from slow-burning blues to forceful funk. Immigrance is always moving in the right direction. - Michael Cerio

Also out this week is new music from Stephen Malkmus, Benjamin Francis Leftwich, and Blaqk Audio.