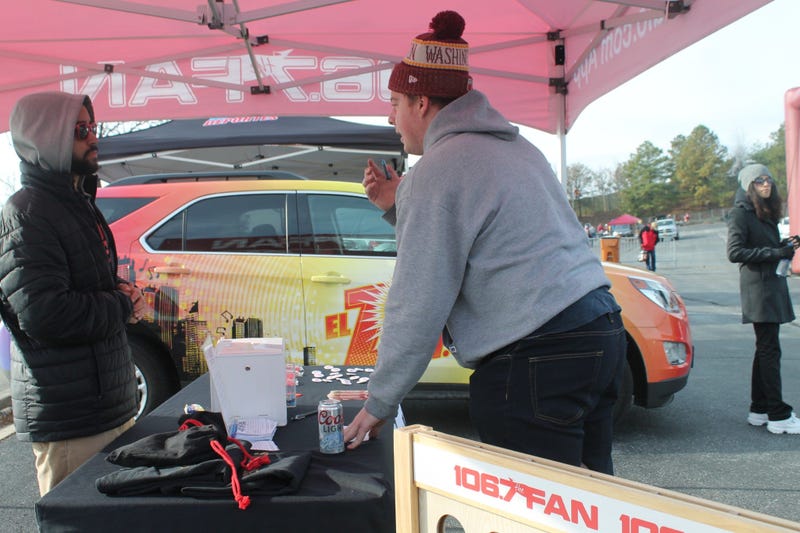 Photo credit Photos by The Fan Street Team
By RADIO.COM

This week one of the biggest stars in hip hop goes at it alone, a big new voice proves she's here to stay, and a rock pioneer takes on another project. Plus we get another dose of down under country, and a legend reenergizes his sound. These are the highlights from this week's New Music Friday.

Quavo has finally unleashed his long-awaited, debut solo album, QUAVO HUNCHO. His latest project recruits the likes of Cardi B, Madonna, Takeoff, Offset, Lil Baby, Travis Scott, Normani, Kid Cudi, Saweetie, Drake, 21 Savage, and Davido. If you expected Quavo to be his usual Quavo on this new project, you’ll be happy to know there are no surprises here. You’ve definitely got the most Quavo album Quavo could produce (produce, yuh). He made sure of it by listening to the album over 700 times. - LA

The release of Ella Mai’s self-titled debut album is being met with an overwhelming amount of love and praise. While the British R&B singer could have kicked back and rested on the success of her breakout single “Boo’d Up” and its follow-up “Trip,” the album is evident that that was never her intention. Besides A-list guest spots from John Legend on “Everything,” H.E.R. on “Gut Feeling,”, and Chris Brown on “Whatchamacallit,” what makes the album so relatable to such a wide audience is her ability to mix nostalgic rhythm and blues vocals with modern hip-hop beats and meme-inspired lyrics into an intoxicatingly beautiful collection of tracks. - Kyle McCann

Tom Morello is known for never limiting himself to one genre, spanning all the way from rock to EDM in his brand new The Atlas Underground. The Prophets of Rage, Audioslave and Rage Against the Machine member comes with an album full of heavy-hitters on his debut solo project with features including Portugal. The Man, Vic Mensa, Steve Aoki, Marcus Mumford, and many more. Unexpected teams such as Tom Morello, Big Boi, Bassnaectar, and Killer Mike use captivating songs to tackle sensitive topics like police brutality and mental health. - Tiana Timmerberg

Morgan Evans - Things That We Drink To

Morgan Evans has officially released his debut album, Things That We Drink To. The rising country star and Australia native has delivered an eleven track collection which includes his No. 1 single, “Kiss Somebody.” Evans’ new project reflects everything he’s experienced since moving to Nashville. The 33-year-old co-wrote the entire album along with some of Music City’s most respected songwriters. “More than ever, I feel like songwriting is about telling a story. A story that will make you feel something,” Evans says. “It’s been an emotional ride. And I’m sure a lot of other people can find themselves in it as well.” Evans’ wife, Kelsea Ballerini, is also featured on the album for a duet titled “Dance With Me.” The pair married in December of 2017. - Lauren Hoffman

One of music's greatest shape-shifters is back at it again with his first album of originals in five years. Elvis Costello reunites with The Imposters for the first time in a decade on Look Now, and finds himself stretching out his studio experimentation. Away from the guitar-driven textures of his last Imposters collaboration, Look Now plays more with piano, strings, and the blue-eyed soul sound. Costello is at his best on Look Now when he's at his most tender, settled in as the wise crooner with an unwaivering fire still inside. No matter the accompaniment, it is hard to stop Costello from crafting classic pop gems. - Michael Cerio

Also out this week is a surprise album from Usher, as well as new music from Belly, and Blues Traveler.