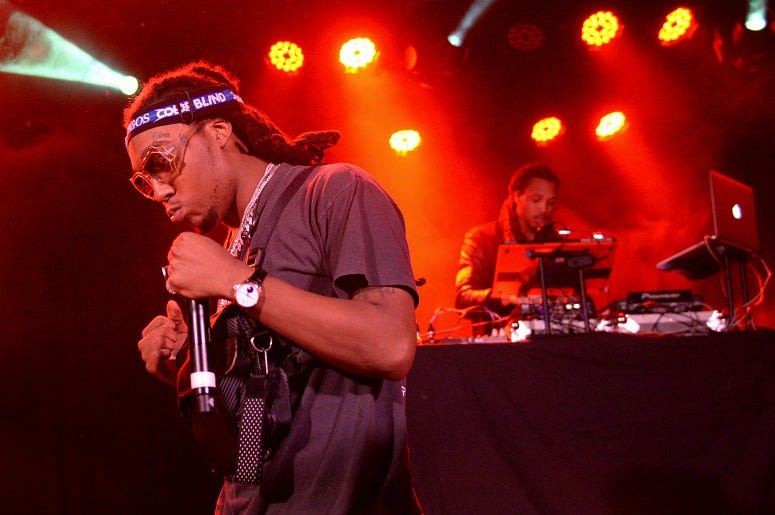 This week another member of Migos steps out on their own, we have two country albums from different sides of the spectrum, and the D returns for a wild new set of adventures. Plus, the return of a classic singer with legendary linage and two big box sets to unravel. These are the highlights from this week's New Music Friday.

Takeoff is the most recent Migos member to debut a solo album, closely following the release of Quavo’s QUAVO HUNCHO. Despite often staying out of the spotlight and living a much quieter life than Quavo and the Cardi B-wed Offset, Takeoff is earning the title of the “Beyoncé of Migos.” His album includes no features, allowing him to shine in the rocket pun-filled The Last Rocket. The 12-track album is cohesive and concise with bars from the rapper laid over simple and bass-heavy beats. - Tiana Timmerberg

Pistol Annies is back for the first time in five years, and they have had enough. Interstate Gospel finds the trio leaning into their best impulses, singing spirited tales of love lost, divorce, the need to reemerge from the wreckage. They do so with fresh zest in the most complete outing of the their three albums. Interstate Gospel excels with complete honesty, both lyrically and musically. The stories of broken-down relationships feels real, and they stand on the shoulders of an earnest, swaying style or the bottom-of-the-bog bluegrass treatment they toy with throughout the album. The rollicking rhythm of "Got My Name Changed Back" is a fun highlight, but the picture painted on "Masterpiece" is the most impactful emotional moment of Interstate Gospel. - Michael Cerio

The comedy-rock duo Tenacious D is back with its first studio album in six years. Fans have already heard many of the songs from Post-Apocalypto in the animated YouTube series of the same name. Jack Black and Kyle Gass stick to their GRAMMY-winning formula of irreverent lyrics set against the backdrop of real music. They sing about surviving an atomic bomb in a refrigerator and having sex in space and just about everywhere else. - Bob Diehl

Rosanne Cash - She Remembers Everything

After five years away, Rosanne Cash returns for a talk about time and love on her new She Remembers Everything album. The eldest daughter of Johnny Cash, continues to carry the storytelling-torch in her own countrified brand of rock. Cash faces down sadness and travels along with love, offering that well-worn voice a few new avenues to explore. Additional indie music producers and co-writers offer a fresh look at her familiar sound, but She Remembers Everything carries with it a lifetime of experience in every note. - Michael Cerio

Randy Houser has reset himself with the release of his fifth studio album, Magnolia. The country singer’s new 12-track collection is the first to come from the singer-songwriter since 2016 and features his latest single, “What Whiskey Does.” Without giving up his signature sound, Houser wanted to create music that inspired him. The 42-year-old co-wrote each of the new songs featured on Magnolia with the inspiration stemming from where he had grown up. Over the last two years, Houser invested a lot of time into his songwriting for the Magnolia era. Aside from hearing his powerhouse vocals, fans are gifted with features from Lucie Silvas and Hillary Lindsey as well. - Lauren Hoffman

Also out this week is two massive box sets, the deluxe reissue of Metallica's 1988 ...And Justice For All, and the 14th edition of Bob Dylan's bootleg series, focusing on Blood On The Tracks, called More Blood, More Tracks.