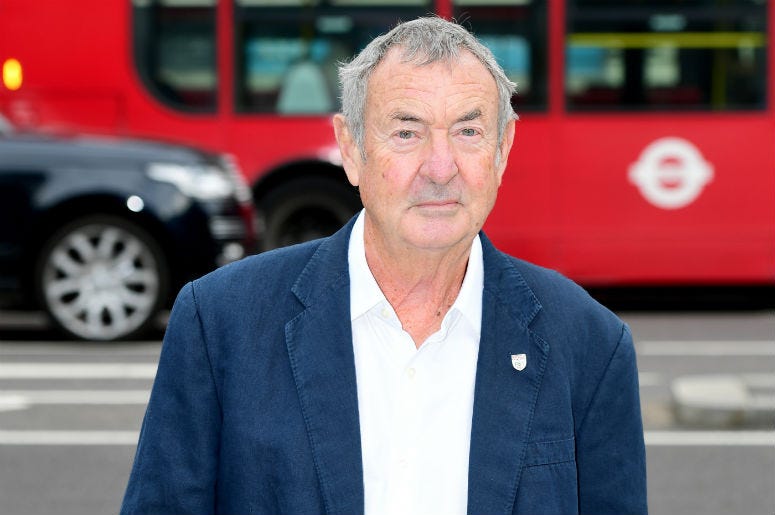 Drummer NICK MASON, a founding member and a constant presence on every single PINK FLOYD album, has put together a new supergroup with the sole purpose of revisiting and performing the music from the early part of the legendary band's career.

The four-piece band's name, Nick Mason's Saucerful of Secrets, is named after Floyd's second album (1968) and in addition to Mason includes Gary Kemp (Spandau Ballet), Lee Harris (Blockheads), and bassist Guy Pratt, who has been the de facto bass player in Pink Floyd since Roger Waters' departure. Also involved with the project is composer, Dom Beken, who, in the past, had collaborated with Pink Floyd's (late) keyboardist Rick Wright.

The last time Nick Mason performed live was back in 2005 when The Floyd appeared at the Live 8 Concert in London, and there are currently four shows for Saucerful of Secrets booked for late May—all in the UK.

Fans can visit the band's website which offers links for ticket sales.

In a 2016 interview before the release of their box set, Pink Floyd: The Early Years 1965-1972, Nick Mason expressed eagerness to present music that preceded the band's legendary Dark Side of the Moon so that fans who first discovered the band in 1973 can look back at the music and influences that led to their career-defining album. Rock on, Nick Mason & Saucerful of Secrets!