We all have our celebrity heroes. Whether they wrote a song, starred in a movie, or wrote a book that had a major impact on your life, we all have at least one celeb that did something that had a positive influence on you in.

Although they've been on the road and putting out records for years, for Pop Evil's Leigh Kakaty, Eddie Vedder of Pearl Jam was that guy. 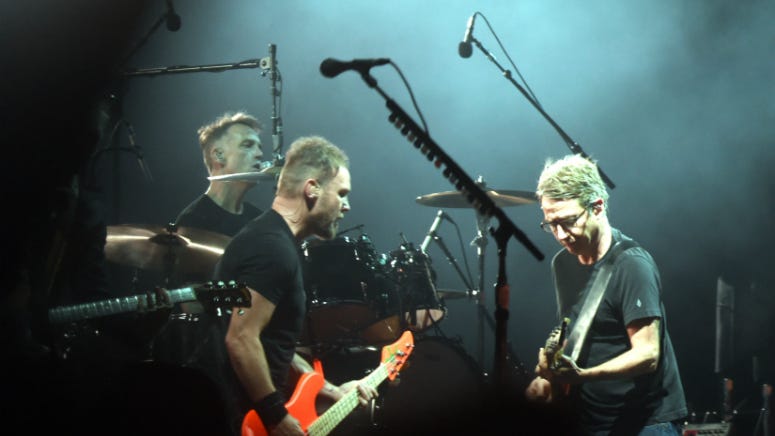 Pearl Jam is Finally Working on a New Album

"Adam Kaspar, our producer who was Eddie's and Pearl Jam's producer, he's like 'Yeah, I gotta call Eddie, man. Bring you over to his house. We gotta just hang and you guys are pretty similar.' And I remember being like, 'Yeah, you should do that. That's cool. Really, what?'"

While touring his house, Kakaty notices a familitar-looking award on the ground. "Is that an MTV Moonman?" asks Kakaty. "It's broken to pieces and he's got it as a doorstop."

But what does Leigh want to see the most at Vedder's house? His swag room. "So he's like 'Pull this book." Boom! This hidden doorway pops up. I'm talking about closet-sized space, and there's the Pearl Jam platinum in a hidden compartment."

Be sure to Mistress Carrie's full interview with Leigh Kakaty below!