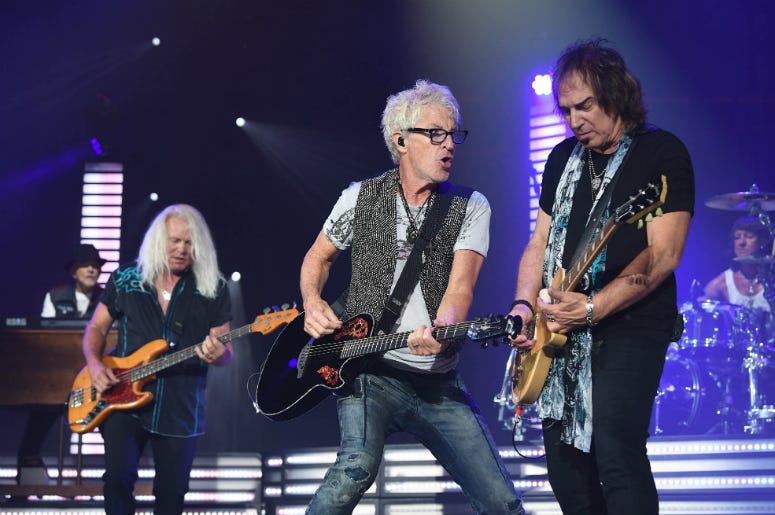 Venerable midwest rockers REO Speedwagon have been playing and bringing their unique brand of Rock & Roll to their fans for 5 decades.

Now, a new box set that traces back to the band's early years and albums is set for release in October!

The 8-disc set, titled REO Speedwagon: The Early Years 1971-1977, collects each of the band's albums, starting with their 1971 debut through their double-live 1977 disc, Live (You Get What You Play For). Named after the American-made flatbed truck REO.

The band had it's beginnings as far back as 1967, although their first album wasn't recorded or released until 1971. By that time, singer Terry Lutrell joined the band, taking over the vocal duties from original member/drummer, Alan Gratzer. REO's Kevin Cronin, who is the longest-tenured singer for the band, joined them for R.E.O./T.W.O.​, in 1972 but left briefly after that record, and again rejoined (for good!) in 1976.

In addition to the original song line-up from the 7 albums, there are extra tracks included. These are mostly 'mono' versions of some of the band's released singles.

2 songs that were left off of the original Live album release have also been re-added, "Gary's Guitar Solo" and "Little Queenie," restoring the recording to its original 2-album configuration.

The 8-disc set is scheduled for early October release.