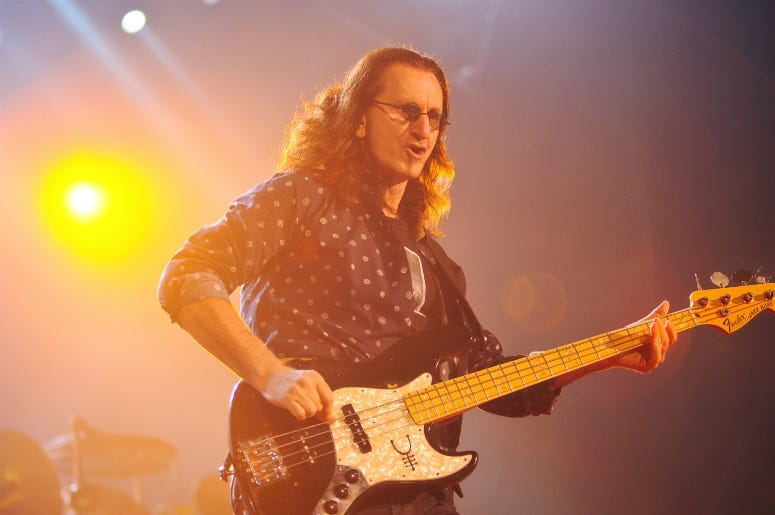 Rush bassist/vocalist Geddy Lee has once again confirmed what most Rush fans already knew: the fantastic Canadian prog-rock band is done. For good.

In an interview with Rolling Stone about the upcoming 40th anniversary release of the Hemispheres album, Lee was asked about the current state of the band, to which he reiterated that "there are zero plans to tour again." He went on to say, "We're very close and talk all the time, but we don't talk about work. We're friends, and we talk about life as friends. I can't really tell you more than that, I'm afraid. I would say there's no chance of seeing Rush on tour again as Alex (Lifeson), Geddy, Neil (Peart). But would you see one of us or two of us or three of us? That's possible."

In addition to kinda, sorta leaving that door open, Geddy also acknowledged that it's "possible" that he might work on a new solo album, but it is very much a back-burner issue for the musician.

In the meantime, Geddy is gearing up for the release of his book about the history of the bass guitar titled, Geddy Lee's Big, Beautiful Book of Bass, which is due December 4th, and the release of the Hemispheres anniversary set that is coming up November 16th.