Sunday’s match between Tiger Woods-Peyton Manning and Phil Mickelson-Tom Brady should be fun for everyone, and not just for golf fans.

"The Match: Champions for Charity" from Medalist Golf Club in Home Sound, Florida will be aired Sunday at 3 p.m. across TNT, TBS, truTV & HLN with a pre-match show airing on Bleacher Report beginning at 2 p.m.

It will feature a All-Star broadcast crew which has Brian Anderson doing play-by-play from Florida along with analysts Charles Barkley and Trevor Immelman, and reporters Amanda Balionis and Justin Thomas.

The match comes following Woods and Mickelson going head-to-head in 2017 on Thanksgiving weekend where Mickelson bested Woods in extra holes, but Sunday’s event will be even better, especially from an entertainment standpoint.

“I think Phil and Tiger talked about it and I loved that they did this — they were pretty self aware that the first time around they both clammed up,” Balionis said via phone this week. “They both kind of shut down in terms of their talking. We wanted more of their trash-talking and they both said, ‘Listen, we shut down. We got laser-focused. We wanted to win and we went silent.’ I think they knew that wasn’t the viewer experience that they wanted to give and that wasn’t what the fans were expecting, either. I think the second iteration is really because they wanted to be more fun and wanted to bring that component of having elite athletes in other sports come into this (match).

“I think Peyton and Tom know that they are obviously there to play golf, but I think they know that they are there for the entertainment trash-talking value and Justin Thomas is just a really fun guy, who has played with all four of these players. I know he’s comfortable around all four of these guys. So, if it starts to get a little bit quiet, I think JT is going to have no qualms about inserting himself and poking the bear a little bit, which will be really fun to watch.”

The format will be a best-ball on the front-nine, including players using only one club on the fifth hole, and then a modified alternate shot on the back-nine where each player hits a drive and then the team selects the best one and then plays alternate shot from there.

From a broadcast perspective, the set up should allow for a lot of banter, and not just between the players.

All four players will be mic’d up, but will also have IFB’s in their ears. This means for instance Barkley could chirp Brady following a shot and Brady would be able to hear it and could respond in real time.

“You think about the idea of an in-round interview has come up a lot in the golf world and they do it on the European Tour, the PGA Tour, it just hasn’t really taken off, but because it kind of impedes on the player’s ability to stay focused and in the moment,” Balionis said. “Well, all of a sudden I don’t need to be next to someone to ask them a question, I can ask a question in their ear while being 10 feet away from them and have a conversation as they walk down the fairway maybe after their tee shot on a par-5.

“Maybe that is the way it works better in a more conversational way, but also not imposing myself on them where they feel like they are taken out of their game. I think that is going to be a really cool thing to see how that works in a four-man match and maybe that is taken into future tournaments as well.”

Everyone knows what Woods and Mickelson are like on the golf course, but Brady and Manning are really unknowns. Brady is a 8 handicap and Manning is a 6 handicap, but they are far from tour pros, which means they will hit at least a couple shots like the casual weekend golfer to keep things interesting.

“They are not going to be perfect. They are going to hit some bad shots,” Balionis said. “I think they are going to be ready to laugh at themselves and each other, but I think that competitive edge that we saw take them to an entirely different level in the NFL is what is going to actually bring them to a different level during the match as well. They have this ability to turn on a switch that I think the rest of us really love to look at, but none of us can relate relate to.”

As for Brady’s game, Balionis did get a little insight before traveling to Florida for production meetings ahead of the match.

“I have heard Tom is a really great putter, which should be a surprise to nobody because that is 99 percent mental and confidence, so of course he’s great on the greens,” she said.

Balionis has covered hundreds of golf tournaments for CBS, including dozens of majors, but nothing like Sunday. Every event that she has worked in the past has been all about the golf, where as this one is more about the entertainment, which is what she’s most excited about.

“I am most looking forward to hopefully seeing all of their personalities come out in an authentic way,” Balionis said. “We get to watch, and fans get to do it too, I have walked a lot of practice rounds, especially majors with the likes of Tiger, Phil and even JT just watching them and preparing for the tournament at hand. What always struck me about those practice rounds is how they played with their friends and they talked trash the whole time and that is how they get their competitive juices flowing and then obviously that whole demeanor shifts once it is tournament time.

“I hope that we get practice round versions of Tiger and Phil and that banter that I think a lot of people haven’t had a chance to see yet and I think we can get their genuine personalties out there. I think that is going to be a moment that no one will forget, especially when right now when we need that release and that escape.” 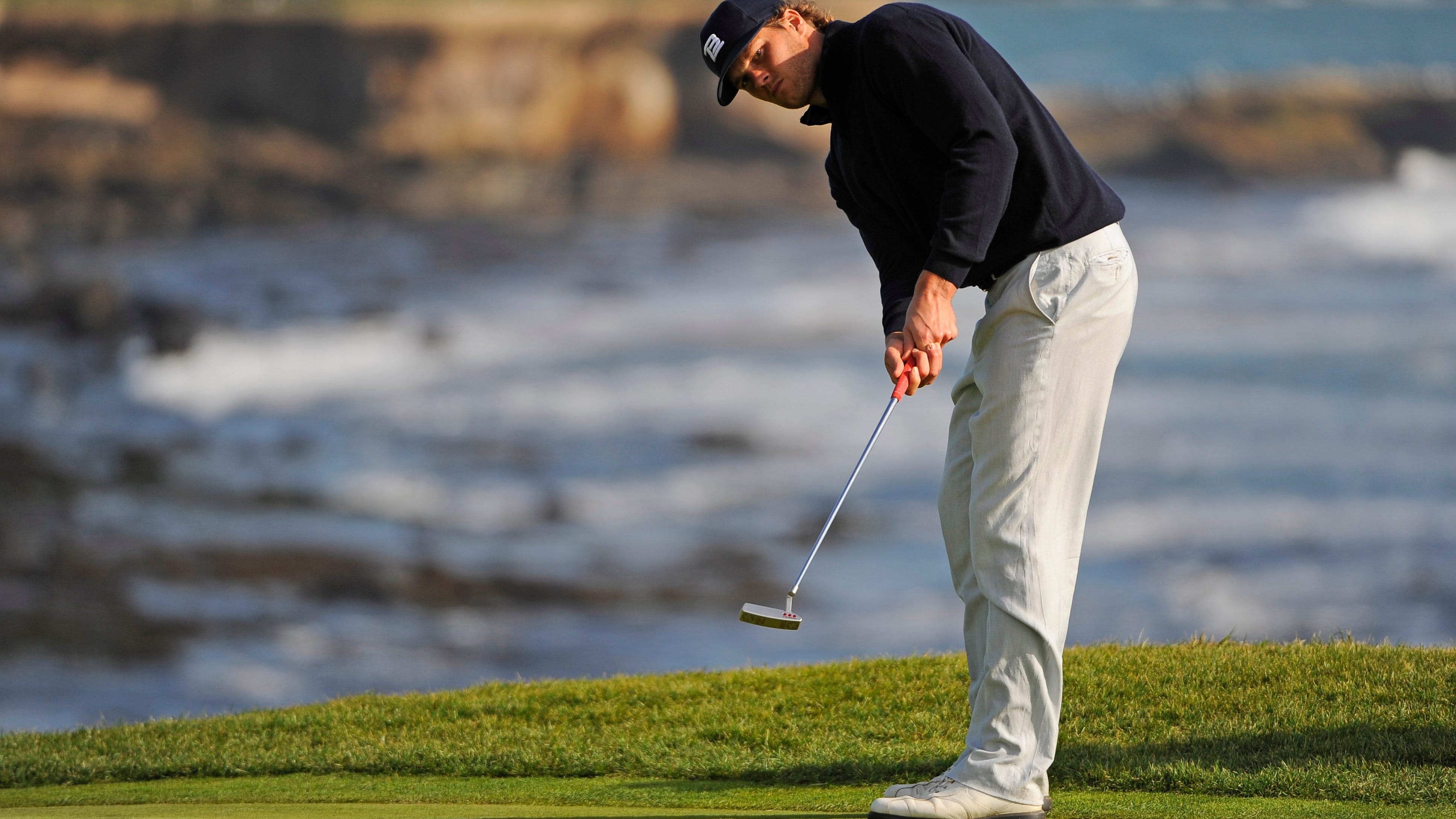 How Good Is Tom Brady at Golf? ‘He Basically Played 9 Holes Like a Tour Pro’