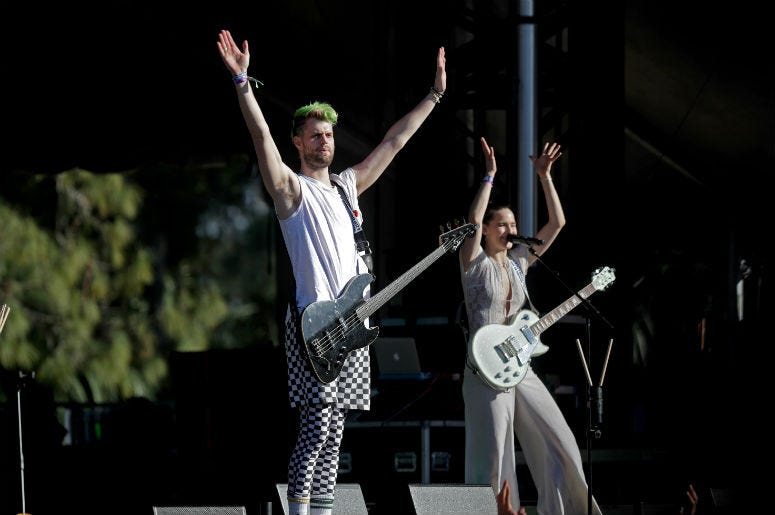 The Verizon Guy, The AT&T Girl, and now Sofi Tukker.

Of all of these phone commercial stars, only one has a brand-new album out and is launching a headlining tour this week.

It’s the New York dance duo that has invaded ears and eyes with the help of Apple. Since 2016, Sofi Tukker has been a muse for the company with iPhone commercials putting a huge spotlight on songs like “Best Friend” and beyond.

“The origin of that was us putting out our first song, 'Drinkee,' on SoundCloud and them somehow finding it and reaching out to us and saying, ‘We want to put this in an Apple Watch commercial,’” explains Tucker Halpern. "That really helped us start the band because we didn't have to get other jobs. We were able to support ourselves. It also made us get our ducks in a line, because we were like, ‘Oh, whoa, this is real.’”

It’s big for any band to get featured in an Apple commercial. Sofi Tukker has done it three times.

"I don't know if there's bands that have done this many things in a row with them. Every time we're shocked. We're like, ‘Seriously? This is incredible,’” smiles Halpern.

Sofi Tukker first met in college when Tucker looked to fuse his style with the international sounds of Sophie Hawley-Weld. For the "Best Friend" singers, though, it was the music that came first and the friendship that followed.

"The first time that we worked together, it was just so seamless. We both shared the same instincts and trusted each other's instincts in a way that I think is really special," remembers Sophie. "That was the foundation of our relationship, and we didn't really become friends until after I moved to New York, just to form a band with him. I was, like, hoping that he was a great guy, and turns out he is."

The band's debut album is called Treehouse, and the stage is set to transport you into their own personal jungle. "We always try to create a world, but I think it makes it even easier when there is, like, a physical world on stage. We have like a diorama of a neon jungle," Sophie describes.

"If you really just want to come and, like, escape into this other world of joy and celebration and excitement, I would recommend stopping by," adds Tucker.

Sofi Tukker continue their tour across the country this week, with dates in Boston, Montreal, and Cleveland. Their debut, Treehouse, is available everywhere.