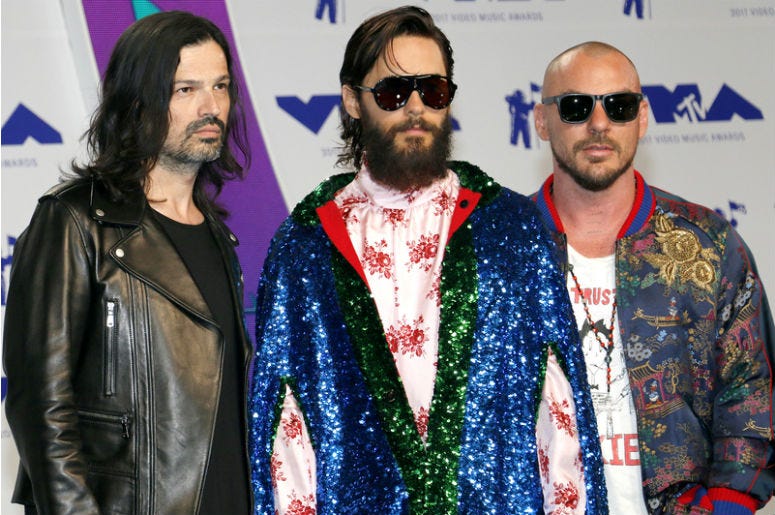 Thirty Seconds to Mars are one step closer to America.

Jared Leto and company have detailed the band’s forthcoming fifth album which is set to debut on April 6.

The group has shared the complete tracklist for the album, which features Halsey and Zedd.

The stark cover art featuring lists of words set against brightly colored backgrounds will mark the album’s promotional campaign, with posters and billboards featuring the provocative lists going up around the world.

The band has shared a cover art generator so fans can create their own versions. Check it out here.

“For me, the lists are almost like a time capsule. Independently they may surprise, entertain or provoke, but as a group they give us a sense of the culture we are a part of and the times we are living in.” – @JaredLetohttps://t.co/IMtuQomNPt pic.twitter.com/b99pN6gLrx

See the full tracklisting for America below.