Parks and Recreation is one of the most iconic sitcoms ever, with timeless characters whose love for their community (or just meat, in Ron’s case) is still being quoted and memed over four years after its finale.

The beloved show first aired on NBC on April 9, 2009. Hitting its mark as an immediate hit, the political satire went on to complete seven seasons that followed Leslie Knope’s mistake-filled and brilliantly passionate quest to improve Pawnee, Indiana. Which no, is not a real town.

Over-the-top characters made for a memorable show that stood out from others thanks to the actors that became loveable fools like Andy Dwyer, Tom Haverford, Jerry Gergich, and Ron Swanson. To celebrate the show’s upcoming 10-year anniversary, the original cast reunited to revisit their characters and ponder the idea of coming back together for a much-requested revival.

Amy Poehler is all in on the idea, although she’s not sure it’ll happen. “I am so not cool, so from minute one I’ve been like I’m down. Tell me where to go, I’ll clear my schedule,” Amy told The Hollywood Reporter prior to the reunion panel. “I mean, Mike Schur currently produces and writes on, I think, 14 shows, so it’ll really be whenever he is ‘tech avail,’ as we like to say in the biz. But yeah, I’m ready.”

Schur notes he’d need another story to tell, and believes the show already achieved its goal of promoting teamwork and positivity. “I don't feel like we left anything on the table. I feel like the show sort of made its argument. And we also — maybe this was like a preventative measure or something — we did jump ahead to the year, like, 2074.” 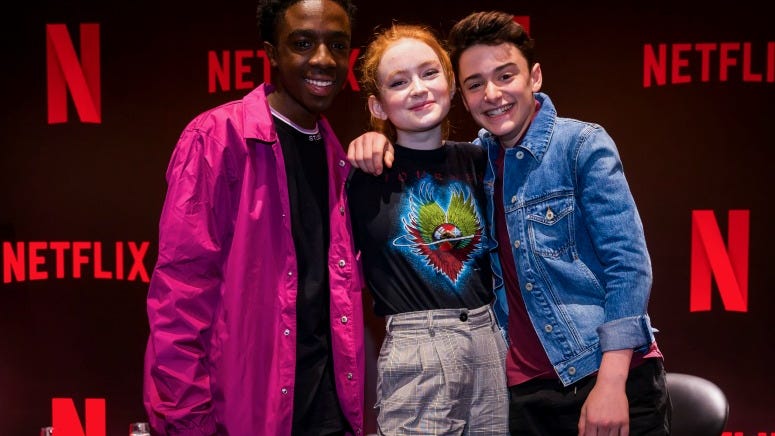 SCREENSHOTS: The 'Stranger Things 3' Trailer Is Here With Mall Madness and a New Monster

Nick Offerman is also into the idea, praising the show and everything it taught him throughout his years as Ron. "Oh, sure. I'll do anything Parks and Rec as long as the brass is behind it."

The cast still speaks incredibly highly of the show, with almost everyone on board for revisiting some of their favorites characters as long as there’s a story behind it.