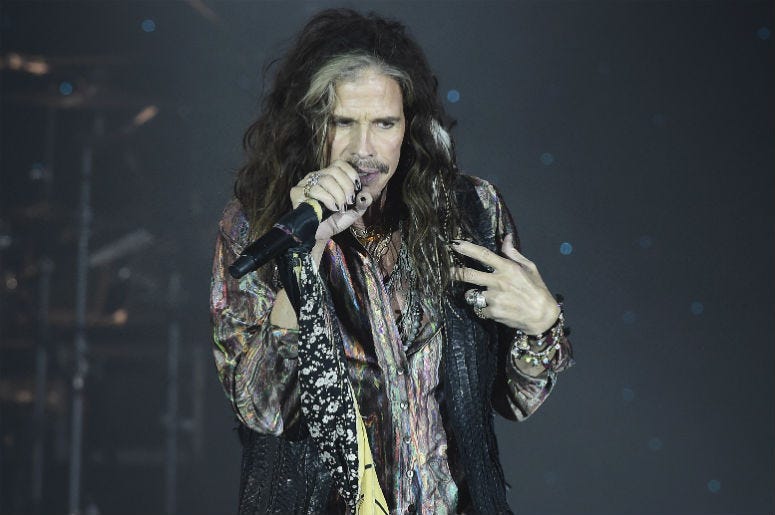 Steven Tyler is a little bit country, and a whole lot of rock and roll.

The legendary Aerosmith frontman has shared the first look at the forthcoming documentary, Steven Tyler: Out on a Limb.

The doc focuses on Tyler’s storied life in music, with an emphasis on his current solo campaign that embraces country music.

Fellow rock stars including Slash of Guns n’ Roses and Stone Temple Pilots’ Ted DeLeo appear in the trailer espousing the many virtues of Steven Tyler as he embarks on the next stage of his career.

“Most people would rather be certain they’re miserable, rather than take a risk and be happy,” Tyler says in the clip of his move towards country. “I feel like I’m doing something new again.”

Momentum Pictures will release Steven Tyler: Out on a Limb on VOD and Digital HD on May 15. The documentary will kick off the opening night of the 49th Annual Nashville Film Festival May 10.

Watch the trailer below.