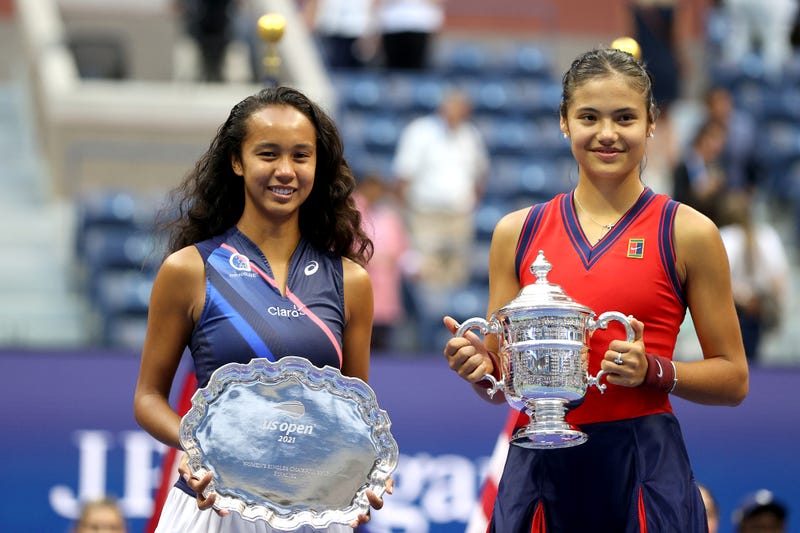 Tennis legends Serena Williams, Roger Federer, and Rafael Nadal were unable to play in this year's U.S. Open due to lower-body injuries. And their absences mattered to fans across the world, as both Federer and Nadal remain tied with 20 career Grand Slam titles.

But the sport isn't lacking superstars. Several new faces and elite youngsters are climbing the ranks and owning the spotlight. And New York Times tennis reporter Christopher Clarey believes fans should be excited for this new era.

"I think there's been this sense in tennis that we're coming to this period -- with Serena finishing up, Roger finishing up at age 40 pretty soon, and Nadal getting older -- where there's going to be this void of star power," Clarey told After Hours with Amy Lawrence on Thursday. "But I've got to tell you, those two players [in Emma Raducanu and Leylah Fernandez], now suddenly, the curiosity about both of them is through the roof.

"And I think it should be, based on that kind of quality of victory and play at that age. So, it was a huge lift for the game. It created two new stars out of basically nothing. And that's what Grand Slams can do -- they're star-making machinery. If things go well, they can make a huge impression on the global market. Tennis remains a niche sport in the U.S., but globally, it's a big sport. So, that kind of run really lifts the sport, overall."

On the men's side, legend Novak Djokovic fell one match shy of clinching a calendar-year Grand Slam and becoming the first player to reach 21 major titles. The 34-year-old remains the top-ranked player in the world, and will have to wait until the 2022 Australian Open to make another run at the record.

The entire conversation between Clarey and Lawrence can be accessed in the audio player above.