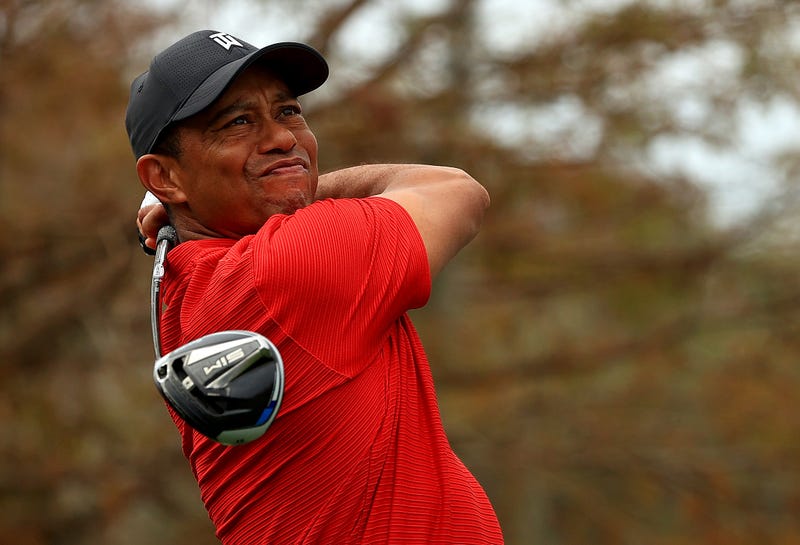 Tiger Woods, who suffered multiple leg injuries in a devastating car accident near Los Angeles back in February, hasn't issued a timeline as to when he could return to the golf course.

But the 15-time major winner appears to be making considerable progress in his rehab, according to Golf Channel analyst Matt Adams, as he's been seen putting weight on his surgically repaired leg.

"[Tiger's team] is providing no update. However, what we are getting from a journalistic source is from TMZ," Adams told After Hours with Amy Lawrence on Monday. "So, the most recent photography that we've seen is Tiger was putting some weight on that repaired right leg. Still looking like he's needing the aid of crutches, but he's definitely putting weight on that leg.

"The leg is covered in some type of a compression sleeve. Maybe that's there for warmth or comfort as well, I don't know. But it definitely looks like what we've seen -- from the physical evidence of photographs, not from any type of reporting -- Tiger is progressing."

Back in April, the Los Angeles County Sheriff's Department told reporters the cause of Woods' car accident was driving at an unsafe speed. According to police, Woods' crossed over onto the wrong side of a winding road, and eventually struck a tree at a speed in excess of 70 mph. Police also said there was no sign Woods was impaired while driving, and they didn't press charges.

As a result of the crash, Woods, suffered multiple open fractures to his lower right leg, and had a rod placed in his tibia and screws and pins inserted in his foot and ankle during emergency surgery at Harbor-UCLA Medical Center.

The entire golf conversation between Adams and Lawrence can be accessed in the audio player above.