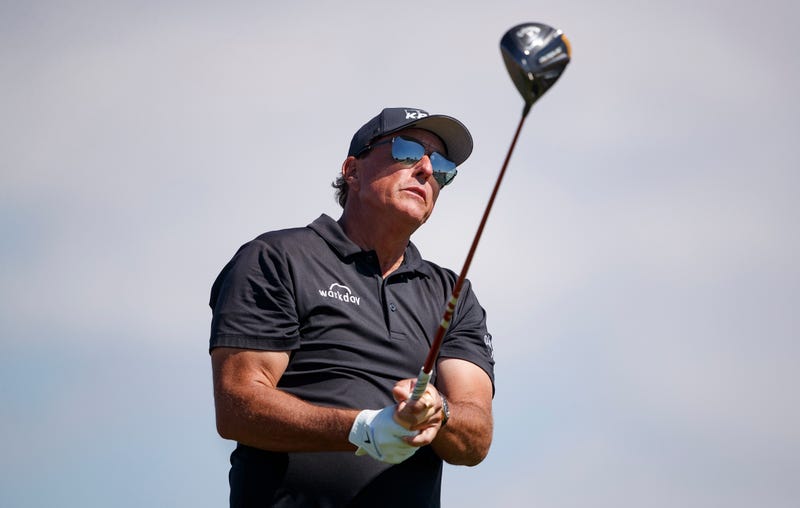 Phil Mickelson made golf history during the PGA Championship last May when he became the oldest player to win a major, at the age of 50. The veteran lefty won't be defending his Wanamaker Trophy this week, however, as he decided to withdraw from the tournament field and extend his absence from the game. In February, Mickelson faced widespread backlash for contentious comments about the Saudi-backed Super Golf League, and how the PGA Tour operates.

Mickelson's reputation has taken massive blows over the past three months. And it's unclear when he'll make a return to competitive golf and whether he wants to repair a strained relationship with the PGA Tour. Mickelson still has a strong fanbase -- he's won six career majors, and ranks second on the Tour's career earnings list, at $94.9 million. Regardless, he's now the first player not to defend a major championship since Rory McIlroy, in 2015.

"It's just gotten ugly. Of course, there's the whole Saudi tour, and why is Phil really motivated to do that," golf podcast host Brady Kannon told After Hours with Amy Lawrence on Thursday. "Let's say that [Kevin Na] wants to go make a retirement nest egg. He goes to Saudi, wins an event, collects a bundle of cash, and rides off into the sunset. I don't know if I can blame a guy for that. But I don't believe young kids on the PGA Tour, who're absolutely in it for the big prize -- the major championships -- I don't think they're going.

"I don't think there's any way they're going. And I wonder what the answer is for Phil. Phil's accomplished just about everything you could possibly dream of in a golf career. So, I think there's still a lot of questions out there, and it's unfortunate. I don't have a lot of answers, at this point, and I think we're kind of speculating on what the motivation is and what the end result will be."

The entire conversation between Kannon and Lawrence can be accessed in the audio player above.