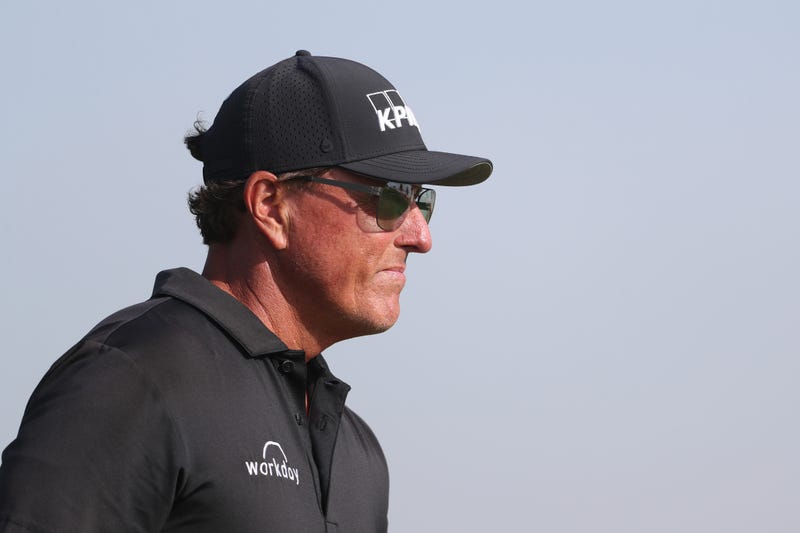 When the 104th edition of the PGA Championship starts on Thursday morning at Southern Hills Country Club in Oklahoma, its defending champion won't be in attendance. The tournament announced that Phil Mickelson withdrew from competing last week, extending his absence from the game to three months. Back in February, the six-time major winner received widespread criticism for controversial comments about the Saudi-backed Super Golf League and how the PGA Tour operates and treats its members.

Rory McIlroy was one of the first PGA Tour stars to rip the 51-year-old lefty, as he told reporters in February that Mickelson's comments were "naive, selfish, egotistical, ignorant." During a press conference on Tuesday at Southern Hills, McIlroy called Mickelson's absence from the tournament "unfortunate," since he became the oldest player to ever win a major last spring, at Kiawah Island. Mickelson is now the first player not to defend a major since McIlroy, in 2015.

"He's playing recreational golf in San Diego with buddies... It's wild that he's playing at home while the whole golf world is here, without him, and he's the defending champion," Mickelson biographer Alan Shipnuck explained to the Maggie and Perloff show on Wednesday. "So whether he was suspended by the PGA Tour, or whether this was a leave of absence -- as Phil called it -- it's purely a matter of semantics. I mean, the PGA Tour put him on ice...

"Whatever disciplinary action was hammered out between Phil and the Tour, he could've been [at Southern Hills]. But the ground has shifted beneath his feet so quickly, and the landscape continues to change, that we don't know what's going to happen between the Tour and Saudis. And if Phil was here, he would've had to answer a lot of tough questions... He's just not ready to do that yet... When he comes back, nobody knows."

The entire Mickelson conversation between Shipnuck and Maggie and Perloff can be accessed in the audio player above.