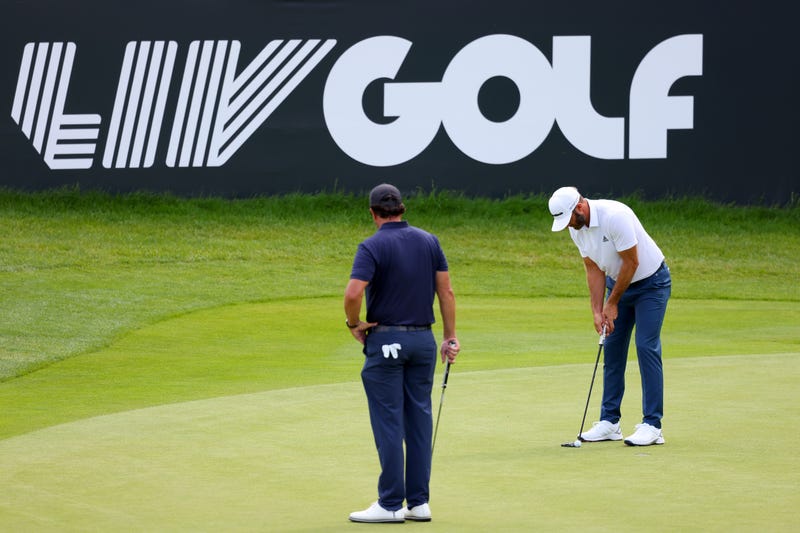 If Patrick Mahomes jumped to the USFL, or LeBron James took his talents overseas, there would be a rippling aftershock, changing the way that fans follow football and basketball. So, when Brooks Koepka became the latest golfer to make the monumental decision to leave the PGA Tour and join the new LIV Golf series, the sports world took notice. Koepka's decision to bolt for the up-and-coming tour is a victory for golf, that'll only help increase the sport's popularity.

When it comes to media attention and publicity, golf has been pushed onto the backburner. So much so, many names of its superstars, such as Bryson DeChambeau, are unrecognizable to a good portion of fans. Specifically, the PGA Tour -- led by Jay Monahan as commissioner -- has struggled to receive attention from anyone outside of the sport's hardcore fanbase.

Major golf tournaments like The Masters will get some focus, but still become secondary to just about anything else in the sports world. Golf needed a little spicing-up to put itself back on the map, and attract a younger audience. And as a circuit that promotes itself as prestigious, different, and also flashier than anything else, LIV Golf seemingly offers just that.

The morality behind LIV Golf has frequently been called into question, as it's financed by the Public Investment Fund of Saudi Arabia, widely viewed as an organization looking to use sports to boost the country's image. Controversy in Saudi Arabia -- including the execution of Washington Post journalist Jamal Khashoggi -- has led many to question how anyone could support or endorse such an operation.

However, those using that logic need to be careful not to epitomize their own hypocrisy. Most professional sports owners are part of some less-than-clean operations, as billions of dollars are rarely earned in a morally-sound manner.
Seldom are supporters fully aware of the type of organization they're backing, and they'd be put-off if they learned what was going on in the owner's office. Although the golfers who've joined LIV Golf may be indirectly supporting bad behavior, that shouldn't be held against them, given what's in it for them.

The first seven LIV Golf events offer a $25 million purse in prize money, while the series finale is offering a whopping $50 million reward. Phil Mickelson is reportedly being paid $200 million to partake in the circuit. And between the financial profitability and opportunity to take part in the cool-guy startup -- as opposed to the same-old raggedy, legacy corporation -- making this move is a no-brainer for many. 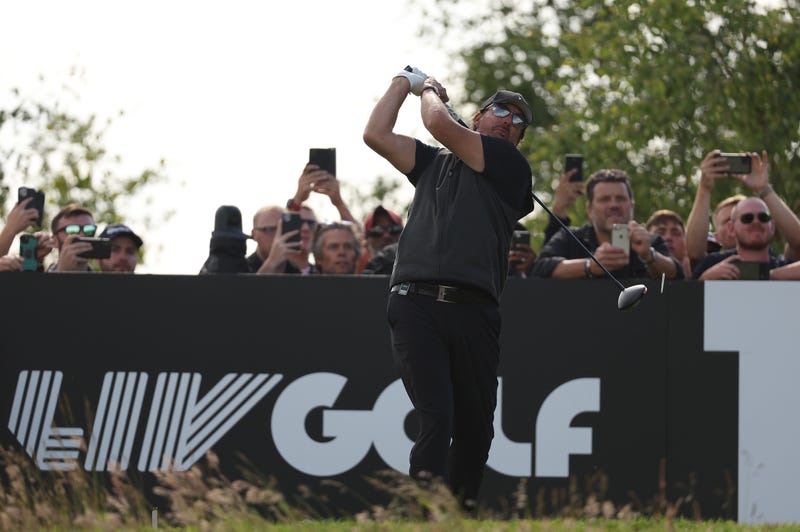 Perhaps, most importantly, the LIV Golf series is far more viewer-friendly than the PGA Tour. The tournaments are shorter, decreasing the time commitment.
Fans no longer have to dedicate as much time to one event. Rosters are also smaller and more exclusive, which removes a level of amateurism. Overall, the new tour has a new feel, and this helps the sport.

LIV Golf became a legitimate contender to gator-chomp the PGA Tour when Kevin Na became the first golfer to bolt, on June 1. And just three days later, LIV Golf showed they were serious by releasing a lineup that was headlined by Dustin Johnson and Sergio Garcia. Poaching some of the game's biggest names instantly made the rival circuit relevant.

Monahan called out the moral logic behind the LIV Golf series during a press conference last week, saying, "We welcome good, healthy competition. The LIV Saudi Golf League is not that. It's an irrational threat, one not concerned with the return on investment or true growth of the game."

Maybe the LIV Golf tour is conducting business the dirty way. But, objectively, their model for success is considered a welcome breath of fresh air for those who've become distant from the game. And if leaving ethical principles at the front door is the price of admission to get golf back to national relevance and acclaim, so be it. Unlike the PGA Tour -- which has become less selective and struggled to market its product to casual sports fans -- the LIV Golf organizers understand what it takes to get people excited.

When optimism meets reality, it's still clear that golf isn't where it needs to be, relative to other sports. Player identifiability can't compare with the NFL, NBA, or even MLB. The LIV Golf tour still hasn't secured any major television deals yet, making them similar to the cool-guy new app that's struggled to market its product. But, to quote the late great Payne Stewart, who won 11 PGA Tour events, "A bad attitude is worse than a bad swing."