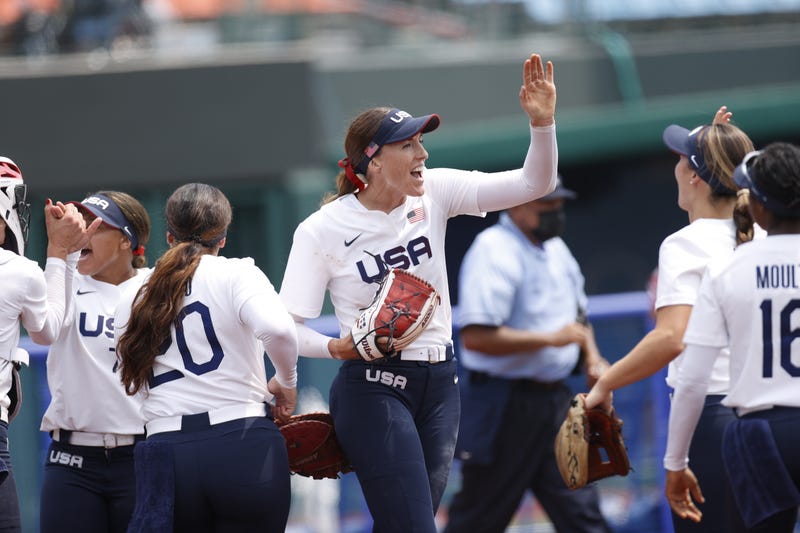 With softball's return to the Summer Olympics for the first time since 2008, Team USA is the odds-on favorite to win gold in Tokyo.

And former gold medalist and current ESPN baseball analyst Jessica Mendoza is proud that the country has set high expectations for women's teams and pleased with the growing support for mothers participating in the games.

"This is a part of our life. I remember in 2008, we had three moms on the team: Lisa Fernandez, Jennie Finch, and Stacey Nuveman," Mendoza told After Hours with Amy Lawrence on Thursday. "And to have those kids with us on the bus and around the team, I mean, the full gamut of being a female is also being able to support. And to be honest, the support even then wasn't very strong.

"I remember Jennie had a motorhome following us that her uncle drove and was able to have her son, because there wasn't a lot of support from her caregivers and everything that she needed to be with us. It was just an interesting time. And now [U.S. track star] Allyson Felix has partnered with Athleta and the Women's Sports Foundation, $200,000 given in grant money already this Olympics to Olympic moms, and the support system that goes in place to be able to have those kids and still live out your dreams."

Although the opening ceremony for the Tokyo Games will take place Friday, the U.S. has already played two round-robin games. On Wednesday, two-time gold medalist Cat Osterman tossed six shutout innings with nine strikeouts in a 2-0 win over Italy, and on Thursday, Monica Abbot threw a complete-game one-hitter in a 1-0 victory over Canada.

The entire conversation between Mendoza and Lawrence can be accessed in the audio player above.