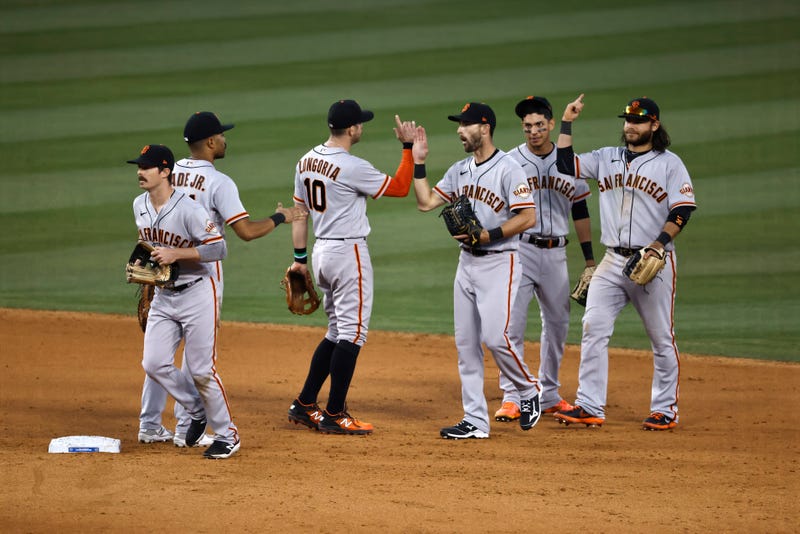 It's not an even-numbered year, but the San Francisco Giants appear to be channeling some old championship energy.

With one-third of the MLB season complete, the Giants find themselves atop the NL West standings at 34-21, a half-game ahead of the San Diego Padres and two games ahead of the defending champion Los Angeles Dodgers.

"I'm shocked, surprised, and stunned, to be honest with you, that they're even in the conversation with San Diego and L.A., let alone in first place," Bowden said. "I would never have seen this coming. You talk about someone [in Giants executive Farhan Zaidi] that built the starting rotation on one-year contracts with Anthony DeSclafani, Alex Wood, and Aaron Sanchez? I mean, a lot of teams now, looking back, would loved to have signed them. They've worked out really well. You've got some guys who are near the end of their contracts, like [shortstop] Brandon Crawford, who better have a good year or your contract's up, buddy... And he's gone off.

"But to give Farhan Zaidi credit, I've always said to people when I walk into a room with baseball executives, Farhan's usually the smartest guy in that room. And I mean that sincerely -- really bright guy. One of the things that he does is he wants an average or above-average player at every position. And when you think of it from a WAR perspective, that means at the very least, you're 81-81 to start the conversation, and then whatever you do after that is over 81-81. So, he's been able to do that... He has done the best value hunting of any GM in the game over the last two years. It's been incredible.

"But one of the other things he does really well is build a culture of great human beings. He doesn't bring you in if you don't fit under the category of 'great human beings.' And this team is tight-knit, and they still have guys from those three world championship teams -- [Brandon] Belt, Crawford, [Buster] Posey... I do think that the Giants are relevant when it comes to a wild card berth. I think they can get there. I think it's possible the West can have two teams. But make no mistake about it: when we get to August 1 and you have me back on your show, it'll be the Dodgers and Padres at the top..."

According to FiveThirtyEight's projections, the Giants entered Opening Day with a 9-percent chance of reaching the postseason, and just a 1-percent chance of winning the NL West crown. Entering Wednesday, those odds have jumped to 49-percent and 6-percent, respectively.

The entire MLB conversation between Bowden and Reiter can be accessed in the audio player above.