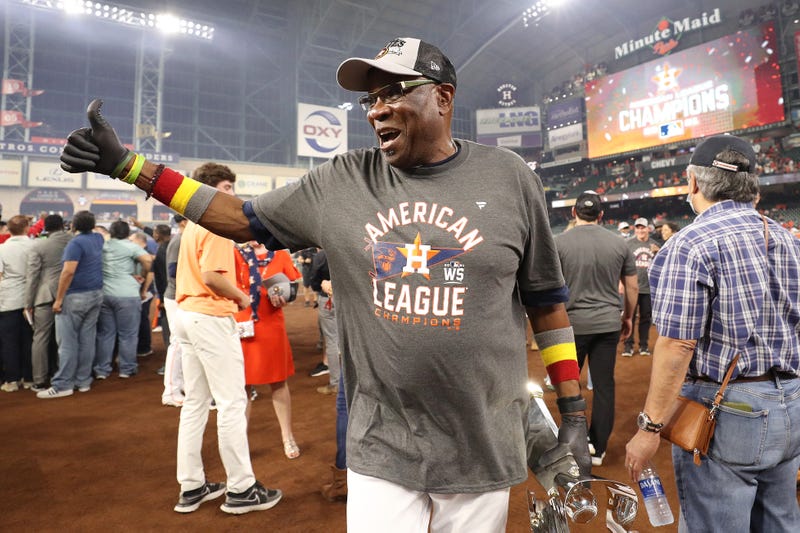 When Dusty Baker made his major league debut as a 19-year-old outfielder in September 1968, his Atlanta Braves were hosting the Houston Astros, and he happened to pinch-hit for the late Hall of Fame pitcher Phil Niekro.

Fast forward to October 2021, and the 72-year-old Baker -- a loveable baseball lifer -- is just four wins away from celebrating a championship as manager of the Astros, and cementing his Cooperstown legacy. And naturally, Houston's opponent in this year's World Series is none other than the Braves.

"There's no better manager in baseball with connectivity with players and personnel," CBS Sports HQ insider Jim Bowden told the Reiter Than You show on Tuesday. "That's an incredible comment to make, when you think about it. That's how special he is. What Dusty Baker did this year -- not just shutting up the critics -- he proved how, at 72 years old, you can adjust too, and you can get smarter too... All the criticisms that he took, he adjusted this year...

"I know Dusty Baker now as a Hall of Famer. He had to get back to the World Series one more time. If he wins the World Series, it's going to be the cherry on top of the sundae. I couldn't be happier for a guy who has such great relationships with everyone in the sport. And he's always been that guy: honest, straightforward, and cares about people."

Baker, who's in his 24th season as a big league skipper, led the Astros to a 95-win campaign this year and their fourth AL West division title since 2017. Although he's reached the postseason 11 times with five different franchises, he has the most wins (1,987) of any manager who hasn't won a World Series.

Baker's last trip to the Fall Classic was in 2002, with the San Francisco Giants, and the 19-year gap between appearances is the second-longest behind only Bucky Harris, per MLB.com's Sarah Langs. Baker fell just one win shy of a title with the Giants, as they lost Games 6 and 7 in Anaheim against the Angels.

The entire World Series conversation between Bowden and Reiter can be accessed in the audio player above.