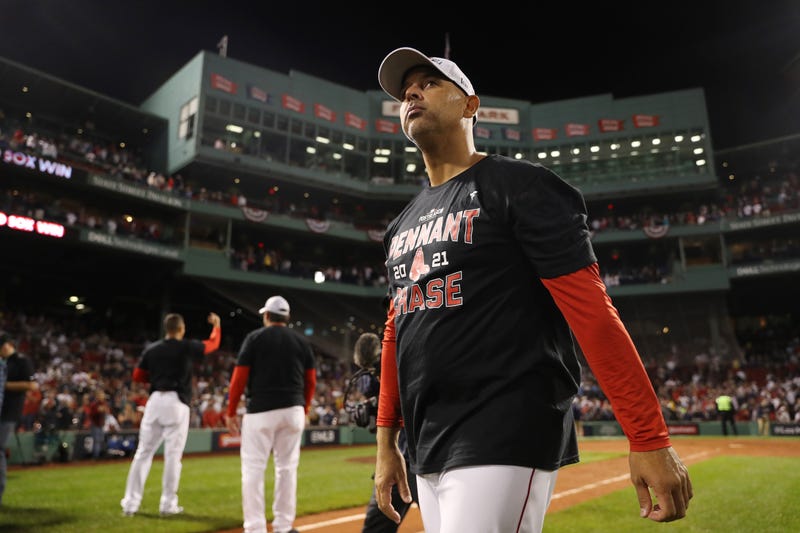 Following the Boston Red Sox's series-clinching win over the Tampa Bay Rays in Game 4 of the ALDS on Monday, reliever Garrett Whitlock told reporters that he'd run through a wall for his manager, Alex Cora. But there was more to the classic cliche -- Whitlock also added, "I'd believe that he had something there to make sure [the wall] would fall for me."

It's safe to assume that most, if not all, of Whitlock's teammates feel the exact same way about Cora. He's proven to be tailor-made for the postseason, with communication skills and leadership traits that translate to today's players. Suffice to say, he's a manager worth keeping.

"If there's one reason why the Red Sox are where they are right now, it'd be Alex Cora," MLB.com reporter Ian Browne told After Hours with Amy Lawrence on Tuesday. "He has this clubhouse. There's some new guys that came in, but a lot of the same core guys are the guys he had in 2018, when they won the World Series.

On Monday night, Cora improved to 5-0 in potential series-clinching games -- an MLB record -- when Kiké Hernandez delivered a walk-off sacrifice fly in the ninth inning. With the 6-5 win, the Red Sox became just the second team in postseason history to clinch a series with back-to-back walk-off wins.

Boston, which won the American League wild-card game on Oct. 5, will face either the Houston Astros or Chicago White Sox in the ALCS. According to FiveThirtyEight's projections, the Red Sox currently have a 41-percent chance to reach the Fall Classic and a 15-percent to win their fifth title since 2004.

The entire Red Sox conversation between Browne and Lawrence can be accessed in the audio player above.