Major League Baseball currently finds itself in an awkward and vulnerable position, trying to walk a line between tradition and modernization. A sport without a clock is trying to survive when timing is everything. Our lives have been sped up, and motorized to a degree unimaginable to Americans 160 years ago. Baseball was invented before the Civil War, when we traveled by locomotive, the west didn't have statehood, and laborers pounded through 12-18 hour workdays.

While a fan who time-traveled from the late 19th century wouldn't recognize the massive stadiums, space-age uniforms, and complex equipment, they'd pick up the game itself pretty easily. A pitcher going into his windup, a batter waiting on the pitch from 60 feet, six inches away, a ball put into play, bases at 90 feet, the home team hitting last -- all completed in a nine-inning game.

But the plodding nature of the sport is an anathema to so many modern fans. It's far too slow and lackadaisical for a society that's reared on the 15-second Instagram stories and an ADHD attentiveness. Rob Manfred was chosen by Baseball's powers to steward the sport through this uncertain time. He had been a longtime counsel to Bud Selig, and oversaw several years of contract negotiations between the league and players' union. The owners had grown comfortable with him. He was a familiar face, and was 27 years younger than his predecessor. And so Manfred was entrusted with melding the grand-old game with the whiz-bang present.

But the commissioner has perhaps proven to be the exact opposite of what the game needs right now. This week, Manfred once again gave fans and the media a groan-inducing moment, when asked about baseball's All-Star Game uniforms. Until recently, each player had donned his team's unique home or road jersey to the beloved Midsummer Classic, creating a rainbow collage of San Diego brown with Pittsburgh yellow and St. Louis red on the same team. But baseball (and Nike) shunned that tradition, opting for an All-Star uniform for the NL and AL. "I never thought that a baseball team wearing different jerseys in a game was a particularly appealing look for us," Manfred said.

There's a few different reasons why an alternate All-Star Game jersey exists, and Manfred's oh-so-sophisticated fashion sense isn't one of them. MLB can generate more revenue with every hat and jersey iteration. It's why there's a red, white, and blue version of Independence Day uniforms. It's the reason for camouflage editions. It's why there's throwbacks, City Connects, and World Series patches. Baseball also knows it lacks relevance to a younger generation, so Nike has been entrusted to connect with that demographic. That's why there's stylized charcoal-and-gold All-Star ensembles. It's aimed at a new audience, and makes lots of money doing it. It has absolutely nothing to do with Christian Manfred Dior.

In an effort to rationalize his decision, Manfred came off as inauthentic and tone-deaf to the exact thing important to many fans. It's now unfortunately become a central part of the Manfred playbook. When his timid punishment of the Houston Astros cheating scandal was roundly criticized, he waved his hand at our silly outrage. The league's investigation had concluded Houston broke the rules en route to its 2017 title. 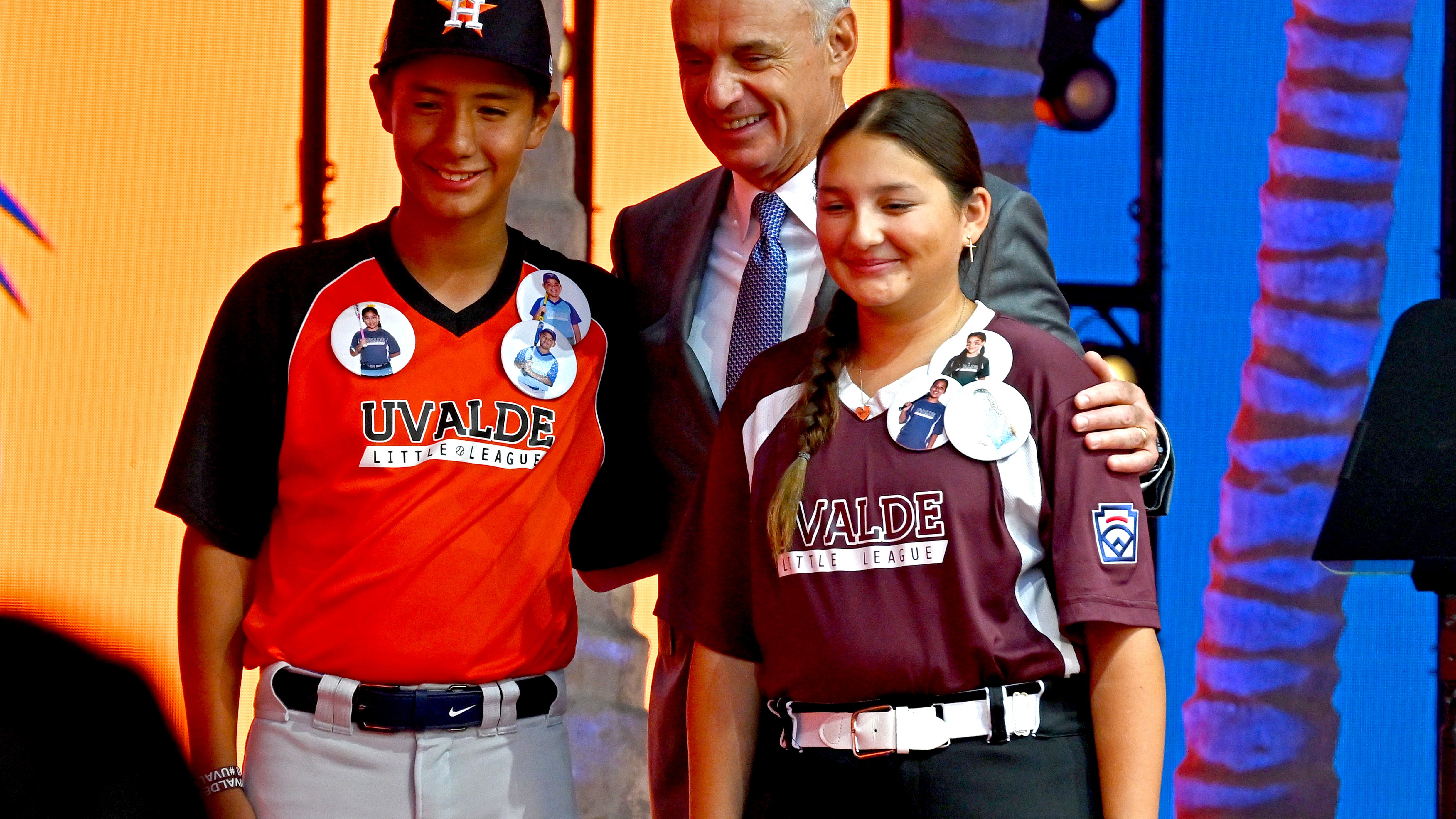 Stern: Major League Baseball needs to change its approach at the plate

But revoking that championship? "Asking for a piece of metal back seems like a futile act," Manfred said. The commissioner lost massive credibility within the eyes of the players because that "piece of metal" validates their careers, is the symbol of unfettered joy, and is the very reason so many drive as hard as they do. It was once again tone-deaf, and a dismissive rationalization for one of his biggest decisions.

Baseball needs a friendly face. A softer touch. And frankly someone with far better people skills than Manfred. While there's acceptable-enough reasons for many of his actions, Manfred is the world's worst salesman. And Baseball is at a critical flash point, when congeniality is vital. Many fans and media are bound to the traditions of the past, disparaging a pitch clock, shift bans, and advanced analytics. The unique kaleidoscope of logos at the All-Star Game and the open-ended time of game is beautiful to many, but the sport can't be tethered to the past too tightly, or it risks fading into oblivion.

The universal designated hitter and minimum batter requirements for pitchers are advances in the right direction, except that Manfred is the worst possible mouthpiece for these changes. He somehow diminishes the significance of tradition, while simultaneously offering little optimism on the evolution of the game. He isn't the man you'd want to sit down at a bar, crack a light beer, and talk baseball with. He's just a suit, lecturing at the company seminar you hide in the bathroom from.

Baseball is tumbling through a turbulent time, and difficult decisions are being made. Marketing, pace of play, and the use of technology in competition are not easily navigable. Manfred's job isn't simple, but due to his pitiful people skills, he's making a tough job look nearly impossible.