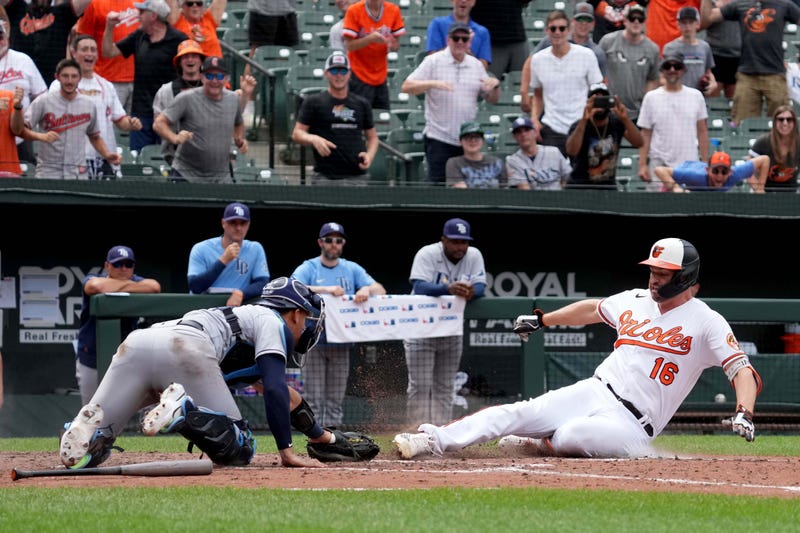 In the outfield seats at Camden Yards on Thursday afternoon, Section 96 was hot. Temperatures climbed into the 90s during the Baltimore Orioles' matinee game against the rival Tampa Bay Rays, but nobody in the ballpark seemed to mind. It was "Mo Gaba Day," and I was in those uncovered, steamy seats with a group of listeners and friends of the The DA Show who wanted to share the experience. It was the two-year anniversary of Mo's passing, and the Orioles decided to honor him. Last August, he was inducted into their Hall of Fame, and his plaque adorns a brick wall just behind Section 96, alongside Orioles legends Cal Ripken Jr. and Frank Robinson.

Mo's story is incredible enough -- a young man who touched an entire city so deeply, that he announced a Baltimore Ravens draft pick. "MO" is highlighted in their end zone, and a street outside both stadiums is named after him. But what happened on Thursday is just another example of why Mo's legacy isn't just in helping people laugh, or lifting spirits. It's that there's a touch of magic that always surrounded him, and you never had to look very far for it.

Mo's lifelong battle with cancer took his eyesight, and that pushed him into a hospital for 75-percent of his life. But his energetic calls to sportstalk stations -- locally on 105.7 The Fan and nationally on my own show -- endeared him to an enormous audience. Mo's incredible spirit and his infectious laugh on Mix 106.5's annual radiothon, raising money for Johns Hopkins Children's Center, made him a civic icon. It also led him to Orioles star Trey Mancini, who battled cancer himself.

Mancini was a terrific young player for the Orioles, collecting the third-most votes for AL Rookie of the Year in 2017, before being diagnosed with Stage 3 colon cancer three years later. Because Mo was so popular with the Orioles, Mancini was already friendly with him. But when Mancini began his chemo in the spring of 2020, his bond with Mo deepened to an amazing level. I visited Mo that summer, and his health was failing. When I walked into his house, his mother, Sonsy, casually told me, "Oh, you just missed Trey. He just left." I was told Mancini would regularly pop by, bring Chick-fil-A, and play video games with Mo.

As Mancini recovered from his battle, Mo's state worsened. In 2021, Mancini made an emotional return, and he was ultimately named AL Comeback Player of the Year. Eventually, cancer took Mo on July 28, 2020. So two years to the day, on "Mo Gaba Day" at Camden Yards, his mother threw out the first pitch. Mancini caught it, and then met her on the grass and they hugged. Afterward, Mancini signed the baseball. I spent some time with Sonsy during the game. We hugged and fist bumped, and she showed me the ball.

"To Sonsy, I'm always here for you! Make every day a win."

Yesterday at Camden Yards on Mo Gaba Day, Mo’s mom Sonsy threw out the first pitch. Mo’s dear friend Trey Mancini caught it, then signed it with Mo’s slogan. I spent time w/ Sonsy during the game + took these pics. Mancini then hit an inside-the-park HR in his final at-bat. 🤯 pic.twitter.com/PFFOuzoQA8

That was Mo's slogan -- make every day a win. The Orioles were expected to be cellar-dwellers this season, carrying a youth movement that was still two years away from delivering wins. But something crazy happened this summer. Baltimore caught fire, ripping off 10 consecutive victories, and the team now carries the third-best record in the AL since May 1, behind only the powerful Houston Astros and New York Yankees.

In the bottom of the 8th, with a runner on second, the Orioles were clinging to a 1-0 lead over the Rays. And it was still hot in Section 96 at 3:20 p.m., as Mancini came to the plate. The O's could've used the insurance run, trying to remain three games out of the final Wild Card spot. On an 0-2 pitch, Mancini lifted a routine fly ball into right field, where Josh Lowe camped under it. That ball rose into the overcast skies, right in front of Section 96.

Our group of Mo fans were wearing orange t-shirts designed specially for the occasion, about 10 rows from the railing. They read "Be Mo-Mentous," and all the proceeds go to support the Johns Hopkins Children's Center that Mo had grown up in. That fly ball might've gotten lost in the grey. Maybe those clouds parted for just a moment, where it tracked into a momentary flash of sunlight. But something happened. Because, right in front of us -- the section with Mo signs and shirts -- rose to our feet and watched the ball plunk off of Lowe and onto the ground. 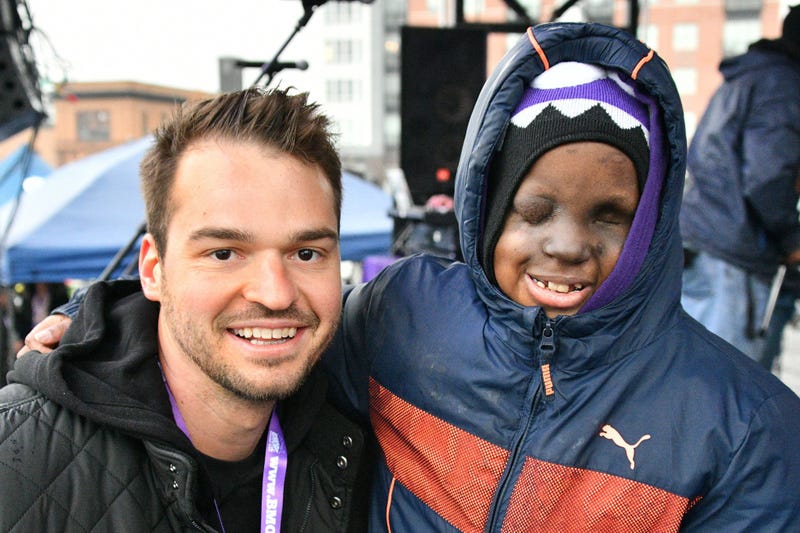 We screamed. The runner scored. The ball rolled into the right field corner. We roared. Mancini rounded third. We screeched. The play at the plate? Not in time. Mancini slid in to score. The Orioles led 3-0 on Mancini's first-career inside-the-park home run. And this might've been his final home game as an Oriole, as he's rumored in trades just before the deadline. We were stunned.

After the inning, the Camden Yards crowd rose to its feet and gave Mancini a standing ovation and curtain call. After the game, he said, "I can't believe that just happened. I think an inside-the-park home run is probably the craziest thing, and definitely the least probability of anything that's happened in my career. For it to happen today, on Mo Gaba Day of all days, I know he was up there smiling and laughing at me running around the bases. You can't script it better than that."

Throughout the afternoon, Section 96 chatted about Mo. A common theme prevailed. "I'm not a religious person... but there was something different about Mo." When the ball dropped a few feet in front of us and Mancini came around to score -- the O's clinched their latest winning record in five years -- we all looked at one another and shook our heads. An inning later, we made our way to the exit. After hugs, high fives, and, "Let's do this again next year," there were a lot of wry smiles and knowing nods. There was just something different about this game.