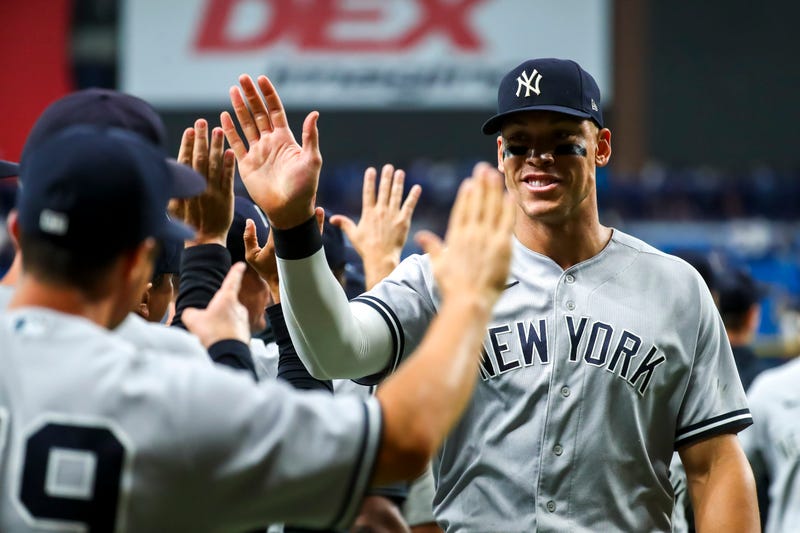 The New York Yankees have produced dozens of memorable seasons in their illustrious history, but 2022 could end up in a class of its own. Behind a stellar performance from ace Gerrit Cole, who took a no-hitter into the eighth inning, the Yankees outlasted the Tampa Bay Rays, 4-2, on Monday at Tropicana Field to become the first big league team to 50 wins this season. New York has the highest win percentage (.746) in MLB, and they're on pace to win 121 games.

The Yankees became the seventh-fastest club to reach the 50-win milestone, as they now own a staggering 50-17 record through 67 games and a 12-game lead in the AL East. It also ties for the second-best start for a big league team since World War II, and the 1998 Yankees -- considered one of MLB's greatest teams -- owned the same record before finishing their campaign with 114 wins and a title. Plus, New York ranks first in average runs scored and allowed.

"They're beating the sub-.500 teams, badly, and they're winning series. And if you win two out of three, win three out of four, all of the sudden, you're 50-17," former major league pitcher Rob Dibble told Reiter Than You on Tuesday. "And you're matching records that haven't been seen in 40 or 50 years. And I think it shows the state of baseball. They have a very good pitching staff -- as good as the Dodgers' staff.

"Their bullpen -- which is banged-up with injuries, now with Aroldis Chapman down and Chad Green down -- when Aroldis comes back, it's going to make them even better. So guys like Nestor Cortes and Jameson Taillon are actually having career years, and that helps. So, when your pitching staff is excellent, your offense is excellent... Aaron Judge is an MVP right now in the American League. Everything's going right for them."

The entire baseball conversation between Dibble and Reiter can be accessed in the audio player above.