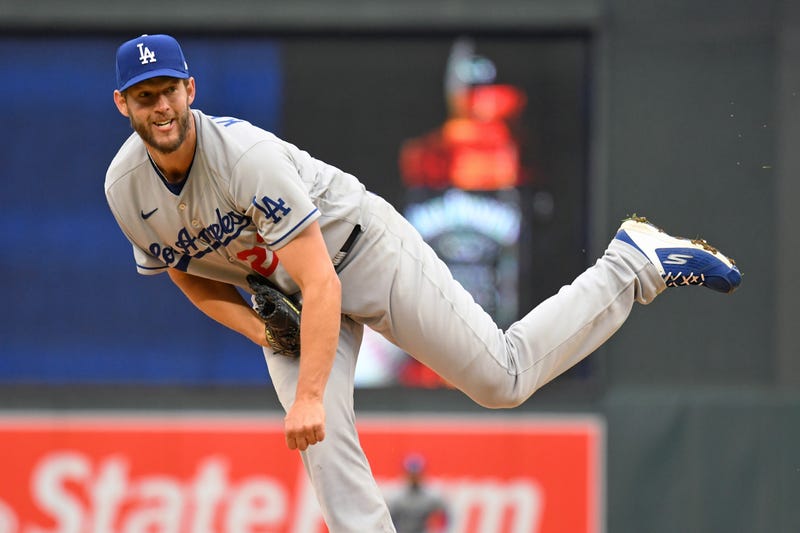 Los Angeles Dodgers manager Dave Roberts provoked the ire of sports fans last week when he pulled longtime ace Clayton Kershaw after pitching seven perfect innings against the Minnesota Twins. On an overcast and chilly day at Target Field, the 34-year-old lefty threw 80 pitches, striking out 13. And when a Dodgers reliever entered for the eighth inning, the move was met with boos from the small afternoon crowd.

Kershaw didn't put up a fight with his manager. After the game, the three-time NL Cy Young winner defended Roberts, telling reporters that it would've been risky to stretch out beyond the agreed upon limit of 85 pitches for his season debut. He also blamed the situation on the league's self-imposed lockout, as he didn't begin his throwing regimen until January. The response didn't satisfy every disgruntled fan, since there've been just 23 perfect games in history.

"I don't want to normalize pulling pitchers -- let alone on the Dodgers, or any other team in MLB -- from perfect games and no-hitters, to not allow fans to potentially witness greatness on the field," NBC Sports L.A. reporter Michael Duarte explained to After Hours with Amy Lawrence on Tuesday. "I don't think we should be normalizing this. But, I do think it's a situation where we take it case by case.

"Of course, the Padres had Yu Darvish and Sean Manaea throw no-hitters in their first and second games of the season, thru six innings. And those guys got pulled as well, because it's so early and they're not built-up. I understand it and respect it. And I know it was the right move. But I just don't want to see this be normalized in baseball."

Roberts and the Dodgers had cause to carefully monitor Kershaw's workload. He missed two months of the 2021 season due to a forearm injury, and wasn't able to participate in the postseason. Kershaw was slotted fifth in the rotation so he could have more time to build up his arm -- spring training games didn't begin until mid-March, due to the lockout. Prior to the seven perfect innings, Kershaw threw roughly 75 pitches across five simulated innings on April 8.

The Dodgers' goal is to have Kershaw healthy and stretched-out for October. According to FiveThirtyEight projections, they're projected to win 103 games, and their 23-percent chance to win the World Series ranks best in the league. Kershaw made his second start on Monday against the Atlanta Braves, and in five innings, he struck out seven, allowed four runs, and earned another win.

The entire L.A. sports conversation between Duarte and Lawrence can be accessed in the audio player above.