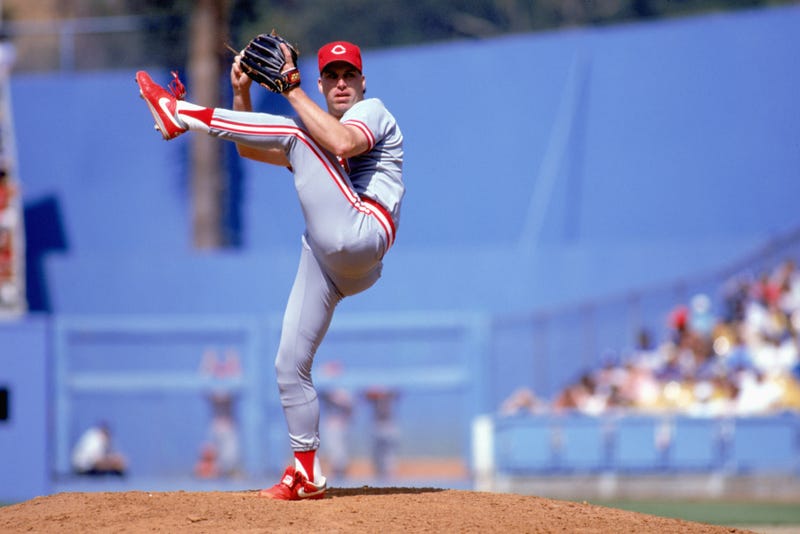 Rob Dibble claims that he never applied any kind of substance to baseballs during his seven seasons as a major league pitcher.

And he can't even fathom how today's big league stars are deciding to use ultra grip enhancers, like the newly popular Spider Tack.

"I just finally got a little tub of the Spider Tack. I never would've put that on my hand -- I'd never get it off," Dibble told the Reiter Than You show on Friday. "That stuff, it's worse than like glue because it smells terrible. There's some kind of petroleum substance in it, I don't even understand. I have five travel teams, I have over 60 pitchers that I work with all winter... I don't even think about getting some kind of gripping agent -- I have to teach them how to throw a baseball first.

"Most of them come in, they don't even know what a four-seam fastball is, a two-seam fastball is. They just know they want to throw it hard, because that's now been embedded in the brains of anybody who wants to get on the mound. You have to throw 100 miles per hour. So, there's got to be some kind of compromise between a gripping agent, getting guys to learn how to pitch. Everybody's throwing maximum effort on every pitch. That's crazy...

Major League Baseball's widely anticipated crackdown on pitchers using foreign substances will officially start June 21, the league announced in a memo earlier this week. At that time, any player caught applying "sticky stuff" to the baseball will be automatically ejected and suspended for 10 games.

According to Baseball Reference, batters are hitting a scant .238 this season, the lowest league-wide average since the mound was lowered following the 1968 season. On top of that, the current 24-percent strikeout rate is the highest in major league history.

The entire MLB conversation between Dibble and Reiter can be accessed in the audio player above.