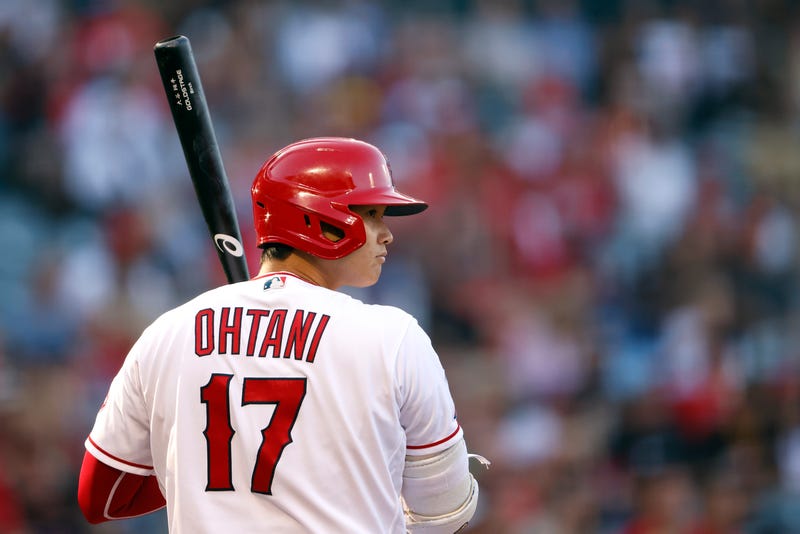 Los Angeles Angels two-way superstar Shohei Ohtani was justifiably rewarded for his unprecedented season of success on Thursday, as the baseball writers unanimously crowned him the American League's MVP. A history-making year.

But in spite of Ohtani's staggering numbers at the plate and on the mound, the Angels didn't reach the playoffs. And since the National League's MVP, Philadelphia Phillies outfielder Bryce Harper, also missed postseason action, JR believes that it's time for Major League Baseball to create a new accolade.

"Maybe we should actually alter the name of the award, and maybe the MVP should actually go to the most valuable player, and have another award for the most outstanding season," JR said during the JR SportBrief show on Thursday. "It's just a shame that, between Ohtani, Harper, Juan Soto, Fernando Tatis Jr., and the other MVP candidates, nobody went to the playoffs.

"What are we doing? What is MVP? The most outstanding player who had the best year? Yeah. But it's time to switch things up... Congratulations to Ohtani and Harper. Congrats to the Angels and Phillies. Would their fans rather have somebody win MVP, or would their fans rather watch the teams have success in the playoffs? I guess this is better than nothing."

Ohtani's 2021 campaign exceeded every baseball fan's wildest expectations. The Japanese sensation hit 46 homers, 26 doubles, an AL-high eight triples, and recorded 100 RBI. He also became the first player in MLB history to win unanimous MVP in the first season in which he qualified for the batting title.

JR's complete thoughts on baseball's MVP awards can be accessed in the audio player above.