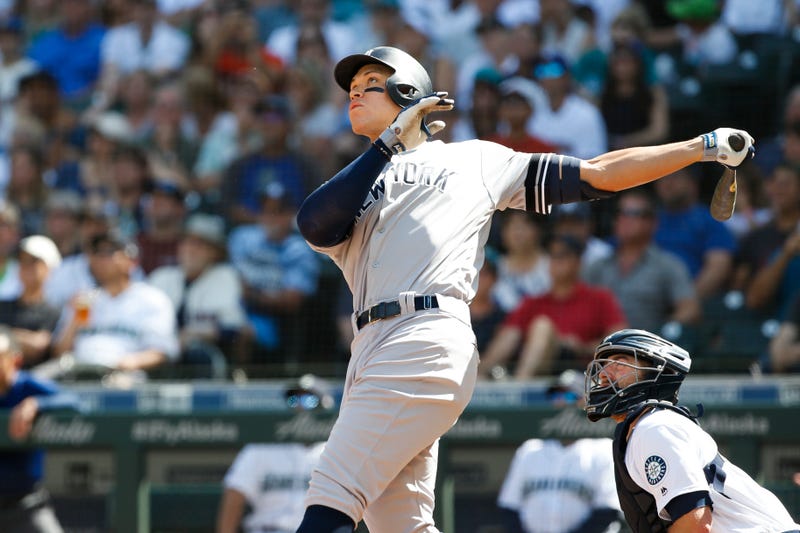 Back in 1995, the New York Yankees became the American League's very first wild card winner, and they went on to lose a thrilling best-of-five ALDS against the Seattle Mariners. Six years later, the teams met again in October, with the Yankees taking the ALCS in five games.

New York and Seattle have a short, but storied postseason history. And since both teams are in a prime position to play in this season's AL Wild Card game, JR is pulling for this do-or-die matchup.

"Give me the Mariners. Give me the team that nobody thought would be here. Give me the big, bad Yankees. Give me a one-game playoff and let's see what happens," JR said during Thursday's JR SportBrief show. "Watching the same old teams over and over again gets stale. And I'm sorry, people probably feel that way about the Yankees. But hey, I'm from The Bronx... Let's see if Seattle can upset them. Let's see if Seattle can move them out of the way..."

Entering Friday, the Yankees (91-67) hold a two-game lead over the Red Sox and Mariners for home-field advantage in the AL wild card game, which is scheduled for Tuesday, Oct. 5. According to FiveThirtyEight's projections, New York has a 97-percent chance to reach the playoffs, while Seattle has a 42-percent chance.

JR's complete thoughts on the AL wild-card race can be accessed in the audio player below.