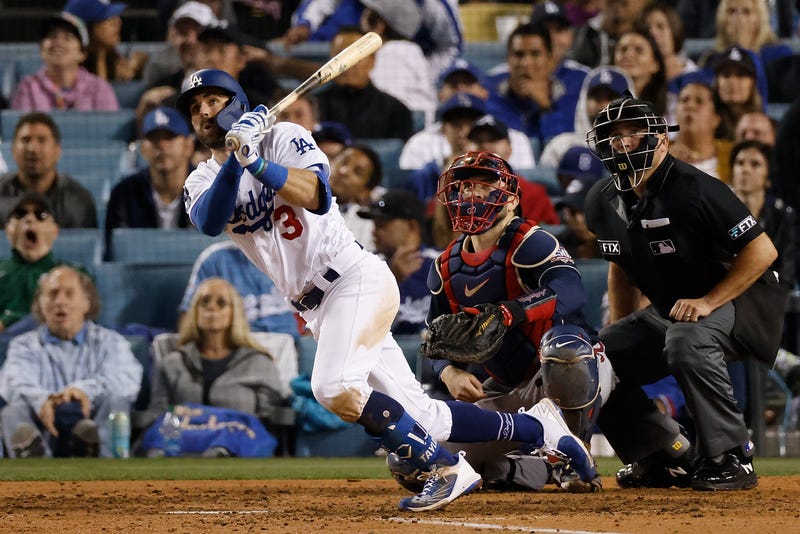 The Atlanta Braves are just one win shy of reaching their first World Series since 1999, and the Houston Astros are one win shy of representing the American League in the Fall Classic for the third time in four seasons.

Major league teams with a 3-2 lead in a best-of-seven series have historically gone on to win 70-percent of the time, which means that Atlanta and Houston will likely play for the Commissioner's Trophy starting next week. But JR is still holding out hope for a different matchup.

Los Angeles, the defending champions, staved off elimination on Thursday with an 11-2 beatdown of Atlanta in Game 5 of the NLCS at Dodger Stadium. Chris Taylor played the role of hero, becoming the first player in postseason history to hit three home runs in a game when facing elimination, according to MLB's Sarah Langs. Game 6 will take place on Saturday afternoon in Atlanta, with Dodgers veteran ace Max Scherzer opposing Braves lefty Ian Anderson.

As for the Astros -- which trailed the ALCS after three games -- they won two straight against the Red Sox at Fenway Park earlier this week, and will look to clinch the series at home in Game 6 on Friday night (first pitch 8:08 p.m. ET). According to FiveThirtyEight projections, Houston currently has a league-high 37-percent chance to win its second title since 2017.

JR's complete thoughts on MLB's postseason matchups can be accessed in the audio player above.