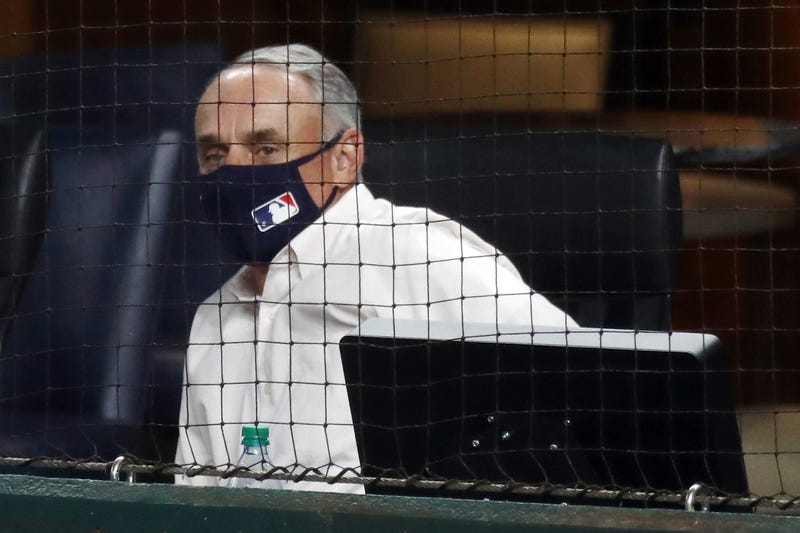 Major League Baseball has found itself at a crossroads, with a laundry list of issues -- both on and off the field -- that could easily serve as a brand new verse to Billy Joel's classic hit, "We Didn't Start the Fire."

And according to former major league pitcher Rob Dibble, MLB commissioner Rob Manfred deserves criticism for new and controversial rules designed to speed up pace of play and make the game more appealing to young viewers.

"Rob Manfred... I hammer him on my [radio] show every day," Dibble told the Reiter Than You show on Friday. "This seven-inning doubleheader crap has got to stop, the baserunner on second in extra innings. Although, if you did it in maybe the 11th inning or 12th, I could see it. But not immediately in the 10th inning. You're trying to make a fast-moved, timed event out of an event for 150 years that's never been timed. Baseball doesn't have a clock -- you end it on the last out and the last at-bat. And I think you have a commissioner who doesn't love the game. You need a commissioner who loves the game...

"There's ways around policing the game without changing the rules every five minutes... And now on top of it... [the idea of] moving the mound back a foot. Do you know how many more injuries are going to happen to these kids? Even yesterday, at my 13-year-old's practice, it's a long throw for the infielders to throw across the diamond when they go from a regular Little League field to a big boy field. That is a big throw. Now you're going to tell 13-year-olds you have to move back another foot?

"You're going to destroy these kids, and they're not going to want to play baseball. And I don't blame them. If I'm a parent, and I can choose football, basketball, hockey over baseball so my kid doesn't need to get Tommy John surgery, I would do it in a second."

According to Baseball Reference, the average time of a nine-inning game this season is currently three hours, seven minutes long, which ties a record high.

The entire MLB conversation between Dibble and Reiter can be accessed in the audio player above.