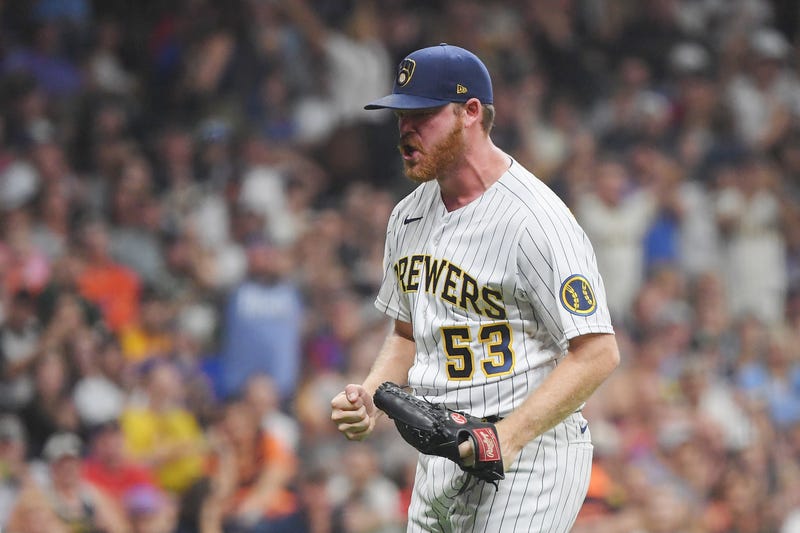 Not a single player on the Milwaukee Brewers' 40-man roster was alive when the franchise last appeared in the World Series, back in 1982. They happened to represent the American League during that season, too.

But MLB Network Radio host CJ Nitkowski believes that the Brewers' lengthy championship drought might come to an end this October, since they deploy one of the most formidable pitching rotations in baseball.

"The Brewers have the pitching to get it done. They have three legitimate Cy Young award contenders right now," Nitkowski told the Reiter Than You show on Wednesday. "That's problematic in a series. You're talking about trying to get to your No. 2 or No. 3, and depth of rotation becomes a problem, more often than not, especially for a small-market team.

"They have the arms to get it done. I think if they play close games, they can be a team that we may see playing in the World Series when it's over. And they've got the bullpen arms to go with it. They can pitch their way there, without a doubt... I'd be most worried about the Brewers if I was going up against them, because of their pitching."

The Brewers (77-49), which own the third-best record in the National League and a comfortable 8.5-game lead in the NL Central standings, have blazed a new path to pitching dominance. Their starting rotation -- headlined by aces Brandon Woodruff and Corbin Burnes -- currently ranks top-three in MLB in ERA (3.14), WHIP (1.10), strikeouts (702), and batting average against (.212).

The entire MLB conversation between Nitkowski and Reiter can be accessed in the audio player above.