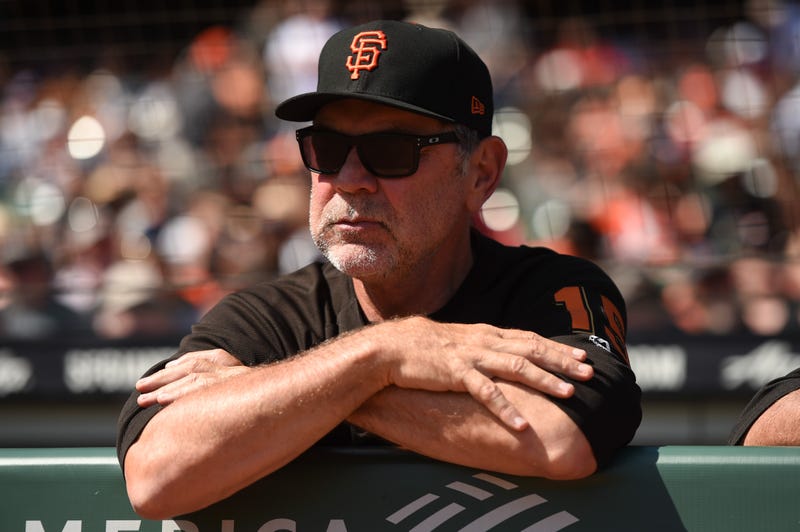 When the San Diego Padres last reached the World Series in 1998, they were managed by Bruce Bochy, who's best known for leading their divisional rival San Francisco Giants to three championships during the 2010s.

Two weeks have passed since the Padres cut ties with skipper Jayce Tingler, following a disappointing third-place finish this season. Who will fill the void? This question has yet to be answered. But former big leaguer Hunter Pence believes that Bochy -- who called it quits back in 2019 -- could possibly be lured out of retirement.

"I think he's still got some managing left in him. I know he's really passionate about it. I wouldn't be surprised if, he gets another opportunity, he takes it," Pence told The Zach Gelb Show on Friday. "There were a lot of things that he was very progressive with in his heyday. The timing of bullpen arms, playing three innings ahead, it was like clockwork for him to make all the right calls.

"We always felt very prepared. He was my first manager that ever gave a talk to the team that was uplifting, versus when things are going bad, 'You guys suck, you've got to play with fire'... I've never been inspired or encouraged like that before by a manager. The intricacies of the moves within the game was clockwork, and the staff around him."

Bochy, who turned 66 in April, is the only manager to bring the Fall Classic to San Diego and a championship to San Francisco. From 2007 to 2019, he won 1,052 games with the Giants, and led the franchise to seven winning seasons, two division pennants, and three World Series titles. With 2,003 career wins, he currently ranks 11th on baseball's all-time list.

Although it's unclear whether Bochy would entertain a return to the dugout, experience should be the deciding factor in the Padres' managerial search this offseason. San Diego entered the 2021 campaign as legitimate pennant contenders, and then stunningly crumbled from mid-August on. According to FiveThirtyEight's projections, the Padres were given the third-best odds to win the Commissioner's Trophy. Instead, they finished with a record of 79-83 and missed the postseason.

The entire MLB conversation between Pence and Gelb can be accessed in the audio player above.