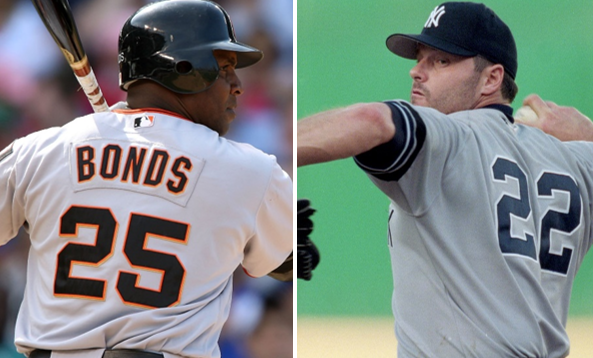 After spending 10 years on the BBWAA ballot, the greatest hitter and pitcher of their generation will now need to find another way to reach Cooperstown. On Tuesday night, the Baseball Hall of Fame voting results revealed that both Barry Bonds and Roger Clemens didn't clear the 75-percent threshold that's required for enshrinement. It was their final year on the writers' ballot.

The lone member of the 2022 induction class is longtime Boston Red Sox designated hitter David Ortiz, who received 77.9-percent of the vote in his very first year of eligibility. The results for Bonds and Clemens came as no surprise -- although they've long denied using PEDs, years of allegations damaged their reputations and tainted their careers. Interestingly enough, Ortiz also has some PED baggage.

"It was clear to me, from the beginning, that those men weren't going to get into the Hall of Fame from the writers, and David Ortiz had the best chance," former MLB executive and current CBS Sports HQ analyst David Samson told After Hours with Amy Lawrence on Wednesday. "It was either going to be him or nobody. And the reason I knew it would be Ortiz, is that the HOF couldn't announce nobody. They need an induction weekend with a big name...

Bonds, who became baseball's home run king in 2007 when he hit his 756th career jack, played 22 seasons in the majors. He won seven MVP awards, 12 Silver Sluggers, eight Gold Gloves, and appeared in 14 All-Star Games. Bonds had also achieved a Hall of Fame-worthy career before his earliest suspected PED use in 1998. Between 1990 and 1993, he won three of his MVPs, and hit 138 homers with 456 RBI.

Clemens, much like Bonds, was a worthy Cooperstown candidate before his suspected PED use. He won four Cy Young awards and 213 games between 1986 and 1998, and these marks alone happen to match Hall of Fame pitcher John Smoltz's career totals. Clemens played 24 big league seasons, and he ranks ninth all-time in career wins (354) and third in career strikeouts (4,672).

The entire Hall of Fame conversation between Samson and Lawrence can be accessed in the audio player above.