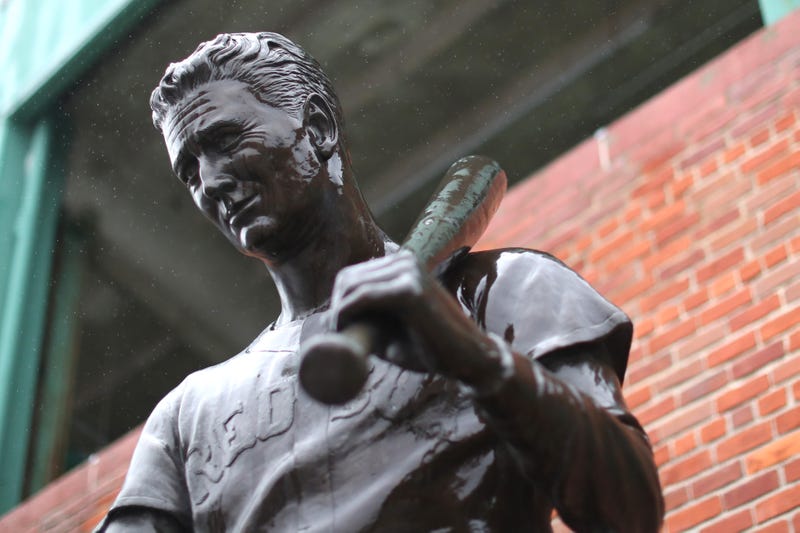 August 30 marks a significant day in Major League Baseball history, but many young fans may not know why. Today is the 103rd birthday of Hall of Fame slugger Ted Williams, the "Splendid Splitter." To know of Williams was to truly know greatness personified. So, let's put some of his numbers into context.

The oldest active player in MLB is Albert Pujols -- one of the greatest players to ever live. If he stays healthy for the remainder of this season, he'll finish with a .237 average, 19 home runs, and 56 RBI. How did Williams fare at the age of 42? Well, he hit .316 with 29 homers and 72 RBI. Believe it or not, Williams' average would qualify as the fourth-highest of any player this year.

Williams wasn't just great at 42 years old. At the age of 20, he set the baseball world on fire, leading the league with a .327 average and 145 RBI as a rookie. Not a single player is on pace to finish with more than 130 RBI this season, and no player is currently hitting higher than .323. At the conclusion of his rookie campaign, Williams was north of 21 by just one month. Star players like Derek Jeter and Barry Bonds didn't even make their MLB debuts at that age.

The most notable accomplishment of Williams' career was his .406 average, back in 1941. His mark remains the last time any major leaguer has hit over .400 for an entire season. Sixteen years later, Williams, at the age of 38, won the batting title with a .338 average. Since then, no player at any age -- with at least 132 games played -- has hit better in a single season. Williams won the batting title the very next season, too.

Williams wasn't only the game's best hitter -- he was also a genius at getting on base. On 12 different occasions, he led the league in on-base percentage, despite missing five seasons due to military service. Los Angeles Angels superstar Mike Trout -- the greatest player in today's game -- has only led the league in on-base percentage four times.

Baseball fans need to be reminded that Williams missed nearly five years of his prime due to military service. After the 1942 season, Williams joined the Navy reserve, was called to active duty in November of that year, and missed the next three seasons while training to become a fighter pilot. Williams also returned to active military duty for portions of the 1952 and 1953 seasons, serving as a Marine combat aviator during the Korean War.

Based on multiple projections, Williams' numbers would be among the best in the history of baseball, had he not missed that precious time. He would've ranked first all-time in RBI, second all-time in homers (behind Babe Ruth), and third all-time in hits (behind Ty Cobb and Tris Speaker).

Williams is a true measuring stick of what can be accomplished with hard work, preparation, and overall grit. To be so productive from ages 20 to 42 -- without modern medicine and technology -- is incredible. He certainly was a Splendid Splinter. Impressive beyond belief, and sharp as a tack at the plate. Happy 103rd to the greatest hitter who ever lived.