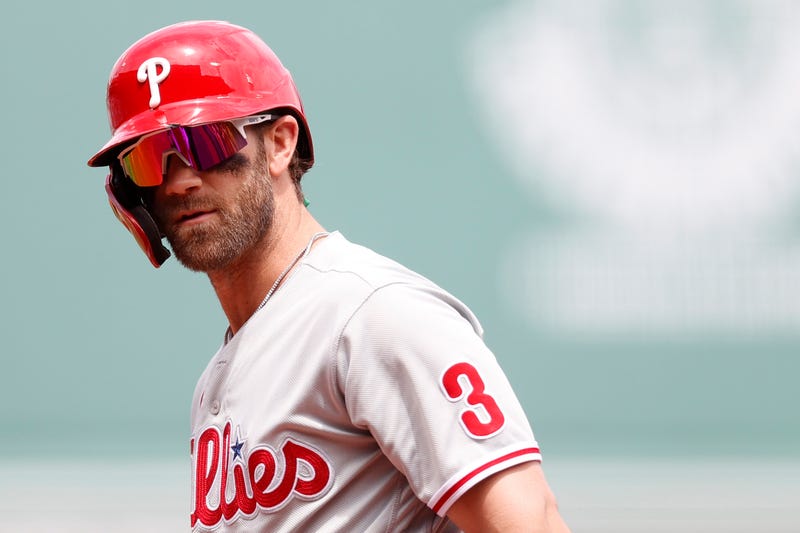 Bryce Harper's electrifying, unworldly, second-half performance made him worthy of National League MVP honors. But his numbers with the mediocre Philadelphia Phillies yielded little more than a gold-star sticker next to his name, as the franchise missed the playoffs for a 10th consecutive season. Eventually, Harper will need to accept that, no matter how well he performs, he's more likely to be playing golf every October than competing for a world championship with the Phillies.

Make no mistake about it -- Harper didn't sign a 13-year, $330 million contract with Philadelphia because they gave him the best shot at immediate success. Despite what he may say about believing they could build a contender, there were options to go elsewhere, and he sold his services to the highest bidder. Harper would've had a much better shot at winning a championship with the Los Angeles Dodgers or San Francisco Giants, both of which offered him shorter contracts.

No one can blame Harper for accepting a deal holding similar valuation as a Powerball jackpot. But signing with a franchise plagued by a lack of recent success, holes up and down the roster, and no true vision for improvement comes with consequences. Most notably, Harper's legacy and the narrative around his career will revolve around being an excellent player who never achieved team success.

Much like Los Angeles Angels superstar Mike Trout, Harper won't lack in MVP trophies or Silver Slugger awards on his mantle. His case for the Hall of Fame is certainly compelling. But he may never win even another division crown.

Unfortunately for Harper, his long-term prospects of winning in Philadelphia are bleak. The Phillies have constructed a roster around aging veterans, and are operating with an extremely small window for success. Their current core of J.T. Realmuto ( age 31), Jean Segura (31), Rhys Hoskins (28), Zach Wheeler (31), and Harper (29) isn't getting younger, and one could argue all five guys are nearing the end of their prime. There's nothing wrong with leaning on the fab five, but the Phillies have no solid complimentary pieces.

The Phillies have holes in the outfield, at third base, in the bullpen, and in the backend of the rotation. After spending significant money on lengthy deals -- Harper, Realmuto, and Wheeler are due a combined $75 million in 2022 -- they have much less to spend in free agency. Their farm system also ranks among the worst in MLB, restricting their ability to acquire valuable pieces in a trade.

Typically, having glaring needs at several positions and a depleted minor league system would warrant a full-fledged rebuild. But the Phillies' front office has decided to force a square peg into a round hole, attempting to mask the crumbling foundation with a shiny new layer of paint. The common thread between the top teams in baseball is that they're built around young talent. Philadelphia, however, has tried to use an outdated formula for success, attempting to buy its way to relevancy.

Harper has publicly expressed disdain toward the organization's approach at team building, challenging them to be better. "We can't just keep going out and buying and buying and buying," Harper told reporters following the team's regular season finale. "We need homegrown talent."

The disgruntled star understands his team's flawed strategy, and knows that it needs to change, and soon. After all, the clock is ticking on his career. But it's fair to wonder how much of Harper's vision for the team's future is attainable, as opposed to being a pipedream built on an unachievable premise.

Dave Dombrowski, the Phillies' second-year president of baseball operations, is in win-now mode. If Philadelphia doesn't achieve success in the next few seasons, he'll be gone, leaving little incentive to care about the franchise's long-term outlook. Realistically, though, Philadelphia is more likely to be a sub-.500 team over the next couple years, before ultimately bottoming out and having to start over.

It may be a tough pill to swallow, but Harper is likely to spend the remainder of his career sitting on the couch in October. The last two full-season champions (Washington Nationals, Atlanta Braves) have come out of the NL East, and for Harper, this thought should feel worse than a game-ending strikeout with the bases loaded.