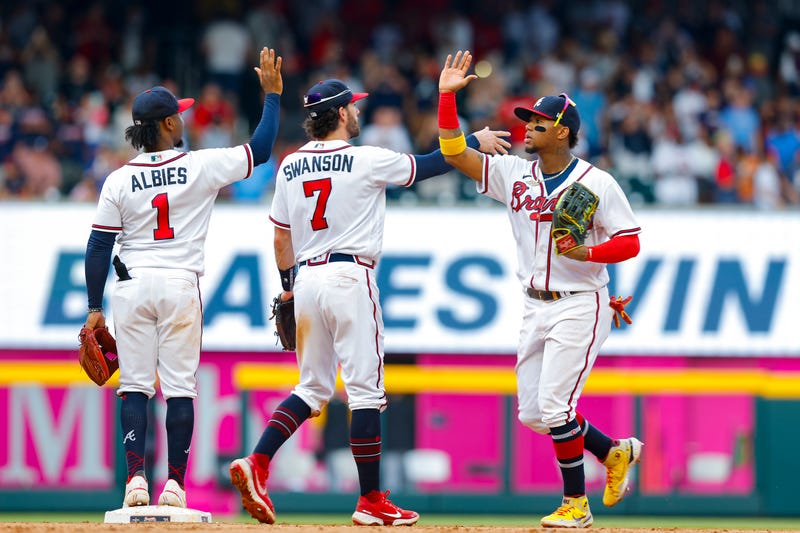 The defending champion Atlanta Braves entered the month of June teetering around the .500 mark, with an underwhelming second-place record of 23-27 in the NL East. And although they haven't moved up in the division standings in the past few weeks, their hopes of hoisting the Commissioner's Trophy for a second consecutive season have certainly been revived.

In the Braves' 10-4 beatdown of the Washington Nationals in Washington, D.C. on Tuesday, the team extended its current win streak to 13 games, the longest in the majors this season. They've also made some history -- according to the Elias Sports Bureau, the streak is the longest of any reigning champion during the Expansion Era (since 1961). The Braves have swept the Colorado Rockies, Oakland Athletics, and Pittsburgh Pirates, and are now 36-27 overall.

"[Championship hangovers] are such a tough thing to measure because they can be so anecdotal. You never know what's going through people's heads," Braves reporter Justin Toscano explained to After Hours with Amy Lawrence on Wednesday. "So I'm glad I can now really put that one to rest, in terms of having to answer those questions. But I've heard it too many times to count.

"And I've heard some people who now believe in the World Series hangover, in terms of fans or others reporters. I'm not sure, but it certainly looked like there were just symptoms of a hangover. They were sleepwalking a little bit, couple things going wrong, here and there. But, now they've woken up and drank plenty of Pedialyte and water. And they're firing on all cylinders."

The entire conversation between Toscano and Lawrence can be accessed in the audio player above.